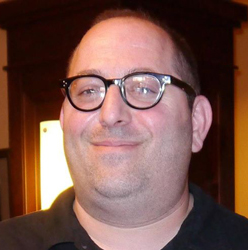 Over time Beyer developed both professional and personal relationships with the members of Zeitgeist and was taken by the passion they had for presenting music to their community that might not get heard elsewhere. “They were always about the bigger new music picture, and had the right idea about how to do things. And when we started No Exit, they were a model that I looked at.” 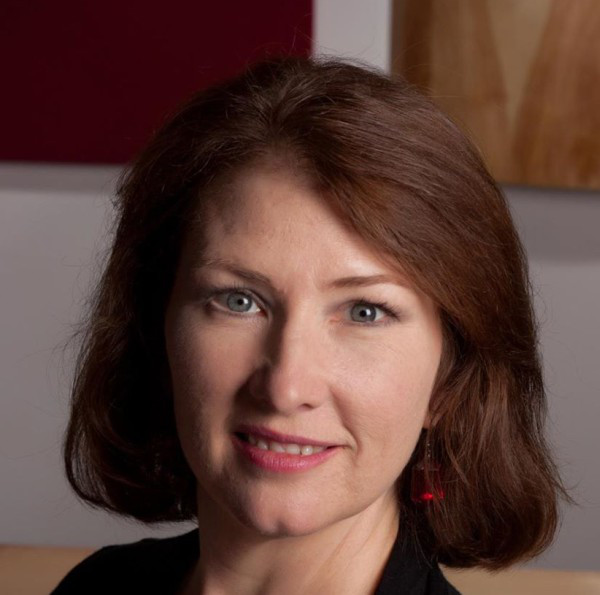 In a separate telephone conversation, Zeitgeist percussionist Heather Barringer said that she had always expected Beyer to have a great career in Cleveland’s new music scene. “I knew he would be important as a composer, but I’m not sure that I expected him to develop an ensemble.”

Although Barringer did not know that Beyer had modeled No Exit’s guiding principles on those of Zeitgeist, it did not surprise her to hear it. “He always had such a commitment to working with Cleveland composers and to presenting concerts in Cleveland,” she said. “That’s why he was my first call when we wanted to develop a touring partnership. We were looking for some particular things: we wanted there to be a growing audience for new music and we didn’t want our sites to be on either coast. We are committed to making sure that music and art happen throughout the country, and we want people to know that all these communities are thriving and producing composers who deserve to be noticed.”

As with all great collaborations, both ensembles have artistically benefited from the partnership — Zeitgeist regularly commissions and performs music by Cleveland composers, just as No Exit does with Minnesota composers. “No Exit comes here every year,” Barringer said. “Our audiences look forward to that concert. And we’ve expanded so that it happens in Duluth as well as St. Paul.”

I asked Barringer to tell me about the works Zeitgeist will perform.

Cleveland composer Buck McDaniel’s Scherzo in Four Movements hints at the music of Steve Reich and Andrew Rindfleisch. “It is so delightful. It’s well composed, virtuosic, and challenging to play. And it’s a little bit tongue-in-cheek — playful is the word I would use.”

Sensemayá/Sense of Mind is by Silvestre Revueltas, inspired by a poem by Nicolás Guillén, and arranged by Zeitgeist member Pat O’Keefe. “It’s not a direct transcription, it’s more of a reimagining of the themes and things that happen in the piece.”

Midnight Mary is by St. Paul-based composer Doug Opel. “It’s based on a ghost tale about a young woman who was supposedly buried alive, which gave rise to the practice of undertakers installing bells in coffins, so that if it happened to you, you could ring the bell. This was a big thing in Victorian times — they were obsessed with being buried alive. The second movement is about the decaying of the body and all the bacteria and insects that attack it. The piece was written for a Halloween festival — but Halloween is all year long.”

Midnight Mary required Barringer to learn to play the Theremin. “I have a souped-up one by Moog. It has a digital out-read so you can select and program different scales and adjust what waveform you’re using — all sorts of things. It does take some doing to learn to play it.”

The Psyche and Cupid Miniatures I – IV is by Tiffany Skidmore. “Tiffany is a Minnesota composer, and these are four miniatures that are packed with information. They all exist as chamber works, but they are also embedded in an opera that she is presenting this coming February. Just like when Stockhausen was composing, every work that he wrote existed in many different forms and served his operas.”

Daniel Ness’ Shadows of Shadows Passing is also based on spooky things. “About an hour and a half away from St. Paul in the town of Sauk Centre is the haunted Palmer Hotel. It’s also where the author Sinclair Lewis lived for a while. It’s a regular hotel — people stay there — but I think it’s every Tuesday that if you want to get up at 2:00 am and go downstairs, you can get a haunted tour. The Twin Cities Paranormal Society has been there a number of times investigating and gathering information about it. Dan did that and even slept in room 11 — known for being occupied by a spirit named Annie.”

No Exit will be presenting St. Paul-based composer Jonathan Posthuma’s Paul Klee: Painted Songs, an ongoing series of chamber works inspired by the artist’s paintings. The concerts will include “High Spirits” and the world premieres of “Carnival in the Mountains,” “She Bellows,” “We Play, Destroyed Place,” and “Dream City.”

Also receiving its world premiere performance will be The Call to Arms by Columbus-based composer Michael Rene Torres, inspired by the Rodin sculpture of the same name. The set will be rounded out with Italian composer Giacinto Scelsi’s Xnoybis II.

To conclude the program, No Exit and Zeitgeist will come together for Pauline Oliveros’ From Unknown Silences.