The well-attended event in Warner Concert Hall, introduced by voice professor Salvatore Champagne, included nine mini-performances by distinguished singers who have passed through Mahy’s studio, video and in-person tributes, a surprise mass singing of Schubert’s An die Musik, and a reception in the Warner lobby. As the audience gathered, a slideshow of photos of students and colleagues from Mahy’s long career flashed across a big screen.

Musical tributes veered into art song and lyric theater with Kevin Puts’ You need song, performed by Martha Guth (‘98), and Jeff Blumenkrantz’s “I won’t mind” from The Other Franklin, sung by Cree Carrico (‘11).

Layered between the musical items were heartfelt — and in one case hilarious — video and audio tributes from Abra Bush (‘97), Luis Ledesma, Vanessa Croome (‘17), Danielle Orlando, Aubry Ballarò (‘14), Kate Lerner (‘06), and Mahy’s son Rohan. All attested to “Ms. Mahy’s” important mentorship and relationship to her students, many of whom have won Metropolitan Opera National Council Auditions, served as Met Young Artists and Chicago Lyric Opera Young Artists, or attended the immersive Oberlin in Italy program co-founded by Mahy and held annually in Tuscany through 2018. 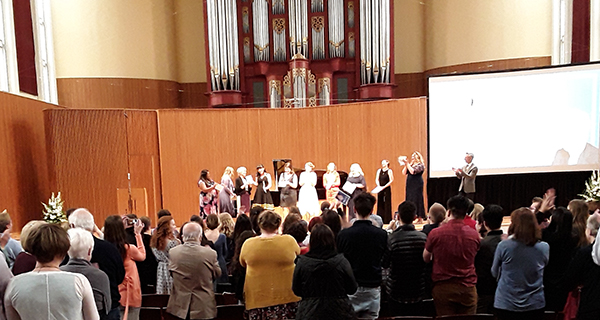 In addition to her teaching activities, Daune Mahy has made solo appearances with opera companies and orchestras, performed recitals across the U.S. and Europe, and joined her faculty colleague bass-baritone Gerald Crawford in forming the Bell’Arte Duo. On the lighter side of her Oberlin activities, Mahy made a much-anticipated annual appearance on the Mock Student Recital with organ professor Garth Peacock.

Another axis of Mahy’s career took her to Cleveland, where she served as a principal soprano at Trinity Cathedral from soon after her arrival in 1980 to 2008. In addition to singing weekly services for 28 years, she and I performed Hindemith’s Marienleben at Trinity and at Oberlin early on (below), and she regularly appeared with the Cathedral Choir and Trinity Chamber Orchestra in Good Friday Bach Passions and other major choral works on the Music & Performing Arts at Trinity concert series. In one particularly memorable event, Mahy was featured as soloist along with Richard Miller and Gerald Crawford in a performance of Britten’s War Requiem with the Oberlin Musical Union and Oberlin Orchestra conducted by Daniel Moe that was first given in Finney Chapel on May 16, 1982, then repeated for a nationally syndicated radio broadcast from Trinity Cathedral the following day. 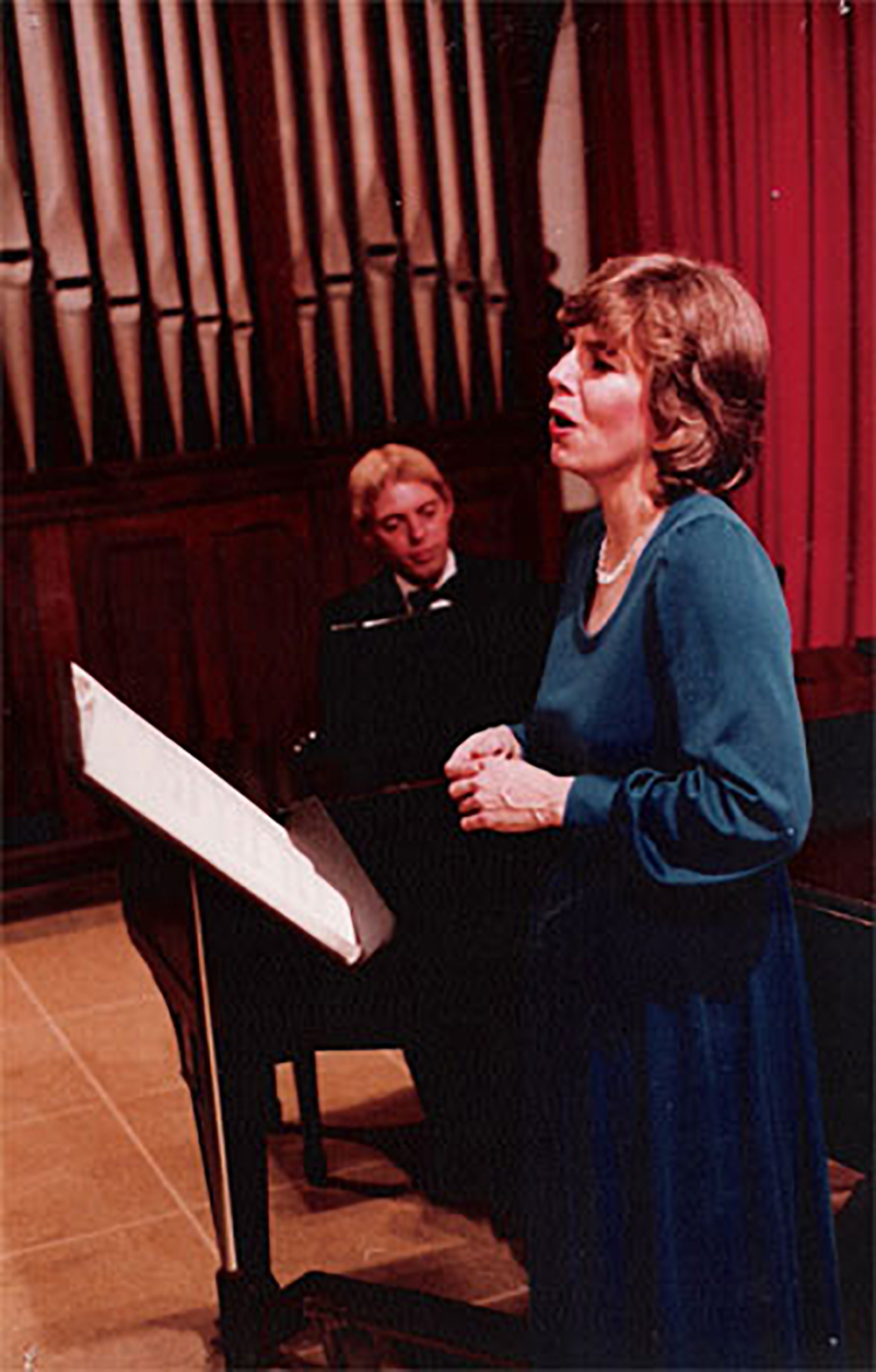 Again, there was a lighter side to Daune Mahy’s artistic career at Trinity as well. She was featured in several Bach’s Birthday Bashes with Trinity Chamber Orchestra, and many will remember her performances of notorious works by P.D.Q. Bach.

Le mariage aux lanternes, the evening’s curtain-raiser, is about Guillot (Bradley Boatright) and Denise (Genevieve Dilan), a couple working on a farm, who are in love with each other, though the clueless Guillot can’t acknowledge it. With the help of his Uncle Matthias (David Burgher), who sends them letters saying that when the Angelus rings, they’ll find what they are looking for beneath a big tree, they eventually find — each other. Meanwhile, two widows, Franchette (Isabel Merat) and Catherine (Kylie Buckham), are also vying for Guillot’s affection (or, more cynically, plotting to acquire his property). END_OF_DOCUMENT_TOKEN_TO_BE_REPLACED