The well-attended event in Warner Concert Hall, introduced by voice professor Salvatore Champagne, included nine mini-performances by distinguished singers who have passed through Mahy’s studio, video and in-person tributes, a surprise mass singing of Schubert’s An die Musik, and a reception in the Warner lobby. As the audience gathered, a slideshow of photos of students and colleagues from Mahy’s long career flashed across a big screen. END_OF_DOCUMENT_TOKEN_TO_BE_REPLACED

Composed in Vienna in 1791, Mozart’s Requiem Mass in D minor, K. 626 was left unfinished by the composer at the time of his death. Although mystery surrounds the work (who was the mysterious messenger who ordered Mozart to compose a requiem?), the Mass has become one of Mozart’s most beloved works.

“Mozart’s Requiem in fantastic,” Elizabeth DeShong told us during a recent conversation from New York where she was performing the role of Hermina in The Metropolitan Opera’s pastiche, The Enchanted Island. “The best part of it for me is the feeling of unity. It’s not so much of an expression of soloists. You really sing so much as a quartet that you go through the piece with the sense of working toward a very common goal. I think sections like the “Recordare” that is sung by the solo quartet are some of the most magical moments in the piece.” END_OF_DOCUMENT_TOKEN_TO_BE_REPLACED 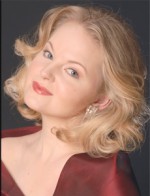 On Saturday, April 12 the Akron Symphony, under the direction of Christopher Wilkins, will present its final Classic Series Concert of the season with performances of Walton’s Crown Imperial March and Beethoven’s Symphony No. 5. The concert, which begins at 8:00 in E.J. Thomas Hall also features The Akron Symphony Chorus, Maria Sensi Sellner, chorus director, in Rossini’s Stabat Mater.

“I’ve worked with Christopher Wilkins and the Akron Symphony in the past,” mezzo-soprano and opera sensation Elizabeth DeShong told us during a recent conversation from New York where she was performing the role of Hermina in The Metropolitan Opera’s pastiche, The Enchanted Island. “And knowing that I am occasionally in Akron, since my base is there, they asked if I would come back for the Stabat Mater and I was really happy to do so. I have sung many Rossini opera roles but this will be my first experience of singing Stabat Mater. It’s a piece that I’ve been wanting to sing and it’s wonderful to be able to do it in Akron.” END_OF_DOCUMENT_TOKEN_TO_BE_REPLACED

END_OF_DOCUMENT_TOKEN_TO_BE_REPLACED

The strings-only work by Berg has made relatively frequent appearances on the Orchestra’s programs. In 2021, the musicians recorded it for the In Focus series, and it appeared again on last year’s European tour. Friday’s rendition maintained the group’s characteristic light and effortless playing, each section blending as much as possible to echo the work’s original form as a string quartet. At fifteen minutes total, the piece is quite short, but the dense encoded musical meanings require some extra-attentive listening. Splitting up the three movements ensured that each one could be appreciated on its own. END_OF_DOCUMENT_TOKEN_TO_BE_REPLACED