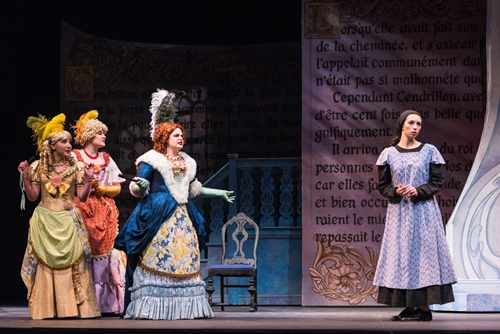 Whether you know her as Cendrillon, Aschenbrödel, La Cenerentola, La Cenicienta, Soluschka, or, most likely, Cinderella, the story of that downtrodden stepchild is an irresistible fairy tale. It’s been turned into many operas, but perhaps most magically by Jules Massenet in his Cendrillon, beautifully produced by Oberlin Opera Theater last Wednesday evening at its opening performance in Hall Auditorium.

Supported by winning staging by Jonathon Field, a strong cast of singers told the archetypical story of Cinderella with exceptional charm and flair. Framing the production, the colorful set by Laura Carlson-Tarantowski backed up the story with fairy-tale calligraphy in French. As an added touch, both a kitchen fireplace and an enchanted oak tree sported Art Nouveau details. 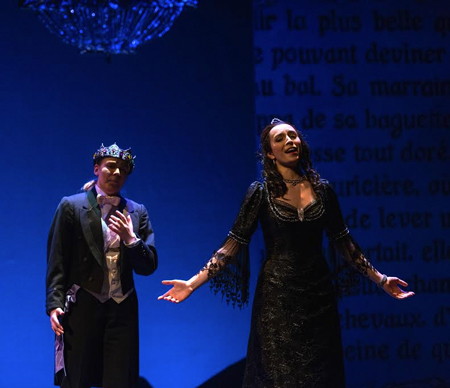 The scene where the daughters are being decked out for the ball in costume designer Chris Flaharty’s outrageous gowns was a hoot. A droll moment for Madame came in the second act when she proudly read out her family tree, including a Doge, bishops, and abbesses, and on its less exalted branches, royal mistresses. 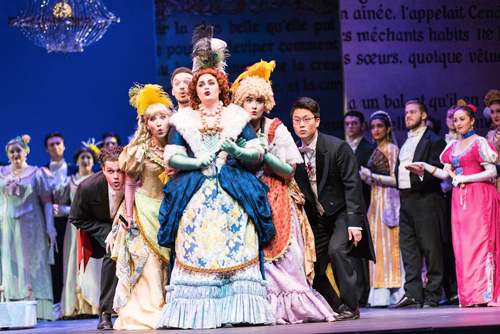 As La Fée (the Fairy Godmother), Victoria Ellington dispatched impressive volleys of coloratura both in the kitchen of the Haltière household and from her penthouse in the oak tree, while waving a glistering wand. Ruby Dibble was vocally splendid as Le Prince Charmant, although Cendrillon is one show where the trouser role tradition really stretches the imagination. 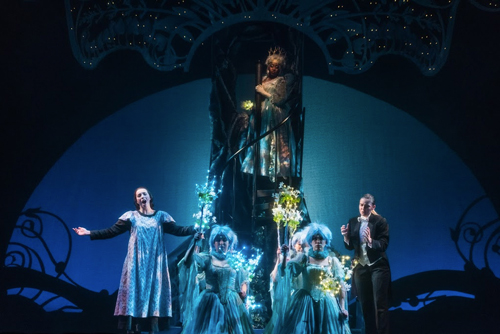 Adding to the luminosity of the production were the six fairies who twinkled so brightly during the second act as they formed a wall to prevent Lucette and Prince Charming from seeing each other. 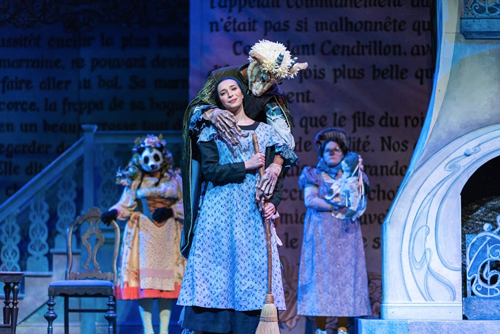 Rounding out the production musically were the fine chorus, prepared by Gregory Ristow, and the Oberlin Chamber Orchestra under Christopher Larkin, who expertly realized Massenet’s score, touching it with a special variety of fairy-dust.

Most Americans will come to Cendrillon with images of Walt Disney’s cartoon version dancing in their heads. With its beguiling production, Oberlin Opera Theater left only its own vivid pictures in mind after the final curtain fell — a production that many regional opera companies would be proud as punch to have pulled off.

END_OF_DOCUMENT_TOKEN_TO_BE_REPLACED

Supported by engagingly, yet simple staging by Cara Consilvio, a well-prepared cast of singers told the archetypal story of Cinderella with charm and flair. Framing the production was  a sparse but colorful set and wonderful lighting by Dave Brooks. END_OF_DOCUMENT_TOKEN_TO_BE_REPLACED