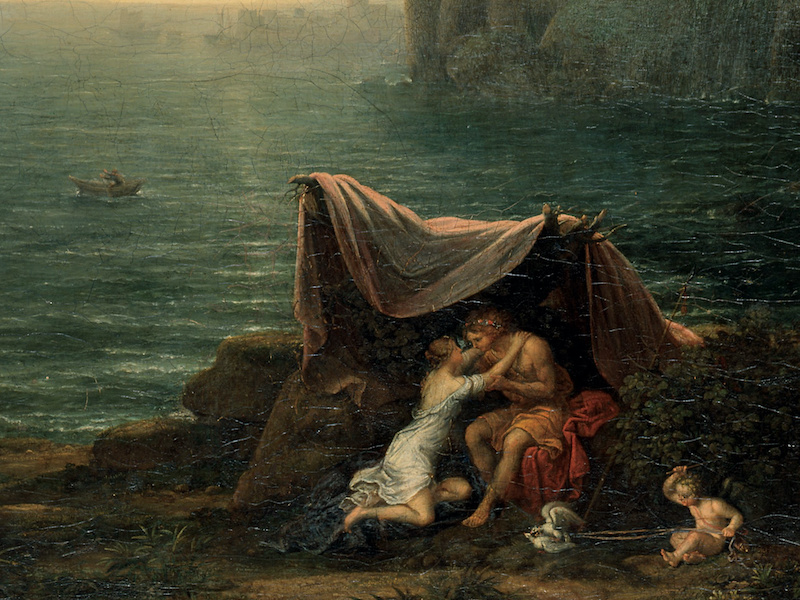 “No matter what you call it, I think it’s a very nice piece,” Oberlin Opera Theater director Jonathon Field said during a recent telephone conversation. When asked what the opera is about, Field described the feeling we have after experiencing an extreme loss. “People say, You’ll get over it, but you really don’t. You just have to learn to live with the new you that comes out of it.”

Field said that the job of the chorus is telling the characters and the audience how they should feel. “They play a very prominent role, first as a stylized Greek Chorus commenting on the story, but later they become more of a naturalistic chorus in that they address the characters — we know you’re sad but it’s time to move on.”

When it comes to making this production their own, Field said that he and the cast are having a lot of fun with the plot. “There’s a character named Damon that is usually sung by a tenor. But in this case we’re having it sung by a soprano, which gets us into different love triangles. And then when you get the big oafish Cyclops it becomes a love-square.”

Field noted that another individualized aspect of the production can be found in the  staging. “In Baroque opera there is a certain degree of movement with a lot of emphasis on the words. So I’ve taken some of the Baroque movement, put it into a particle accelerator and made it a little more modern. It has a new look but its feet are firmly based in Baroque gesture.” 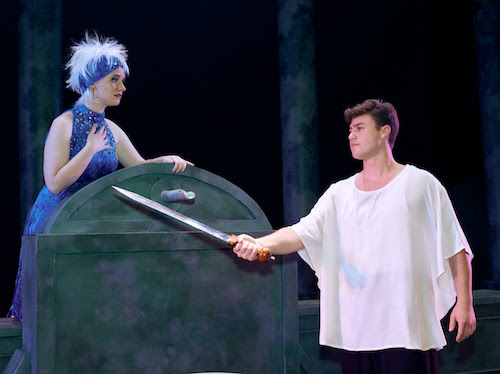 When asked about the cast, Field said that he couldn’t be happier. “I’ve been very pleased because some of them are sort of like discoveries — we cast them last spring and I had never worked with them before, and they’re turning out to be real delights. And others I had worked with before just keep getting better. We also have a wonderful conductor in Matilda Hofman. She’s really fine and knows Baroque music.”

Speaking of the music, this production will feature Mozart’s re-orchestration of Handel’s  score. “He did some very nice things — he wrote it at the same time he was writing Magic Flute. For your general listener, if they like Messiah they will certainly love this. And for your specialists it has a lot of delights, so I think this version has something for everybody.”

Please note: All Oberlin College and Conservatory students, employees, and guests are required to wear masks indoors, regardless of vaccination status. Learn more about Oberlin’s COVID-19 policies and precautions on the ObieSafe website.

END_OF_DOCUMENT_TOKEN_TO_BE_REPLACED

Rodgers & Hammerstein’s Cinderella was originally produced for television in 1957 — seven years after the animated Disney film was released — and starred Julie Andrews. According to the Rodgers & Hammerstein website, it was viewed by over 100 million people. END_OF_DOCUMENT_TOKEN_TO_BE_REPLACED

The story line has its origin in an 1855 play and an 1842 farce that Thornton Wilder mined for his 1938 play The Merchant of Yonkers. When that turned out to be a flop, in 1954 Wilder made the crucial decision to re-center the show around the character of the legendary marriage broker Dolly Gallagher Levi and renamed it The Matchmaker. END_OF_DOCUMENT_TOKEN_TO_BE_REPLACED

The Dodero Center for the Performing Arts at the Gilmore Academy in Gates Mills is one feature of an impressive campus. The auditorium is shallow, the stage is deep, and the ensemble played without a shell. Throughout the program, the sound, especially in instruments’ lower registers, tended to disappear. END_OF_DOCUMENT_TOKEN_TO_BE_REPLACED