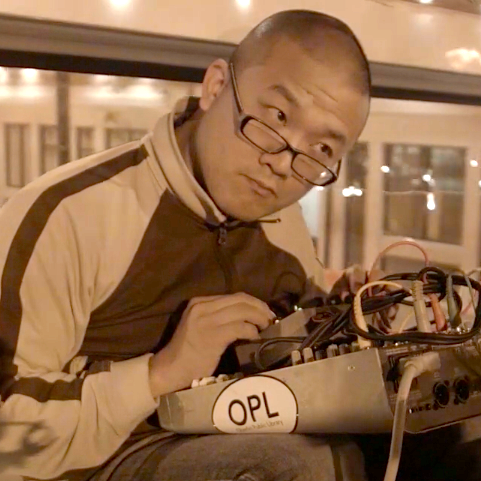 Joo Won Park encountered Molly Jones at one of the first concerts he heard after moving to Detroit three years ago. “From five minutes of her playing, I knew I really wanted to play with Molly,” Park said. “She has a total understanding of both acoustic and electronic sounds.” Their common interests were obvious — Park considers himself an electronic musician who incorporates many acoustic sounds. “But she is also a phenomenal saxophone player, which I will never be,” he said, laughing. 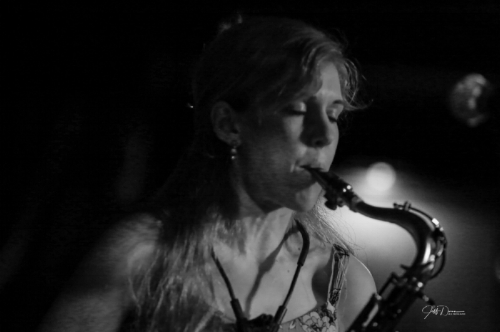 A good example of their collaboration is “Knock Knock Joke” from their 2017 album ParkJones. It’s fun to hear, but better to watch and see how each of them moves from one surprising instrument to the next: ID card to slinky, clay flute to saxophone.

One tool at Park’s disposal in that video is a wooden board outfitted with a contact microphone, which picks up vibrations from anything that touches the board. “In that piece I like this squeaky, plastic-y sound that happens when you scratch the plastic card into the board,” he said. Instruments like that appeal to him because they create a signature sound reflecting what they are. “I choose objects that give me their essence in terms of their material,” Park said.

Among non-musical objects, Park has also performed with toys, consumer electronics, kitchenware, and vegetables. That’s all part of a philosophy he describes on his website: he “wants to make everyday sound beautiful and strange so that every day becomes beautiful and strange.”

Back to that element of the unknown, Park said that he and Jones usually try to catch each other off-guard during performances by playing instruments or objects that they intentionally haven’t discussed. “It’s like a game for both of us: can I surprise her, can she surprise me?” he said with a laugh. “We’ve been playing together for quite a while, so it’s hard to do, but there are often one or two moments that I never would have expected.”