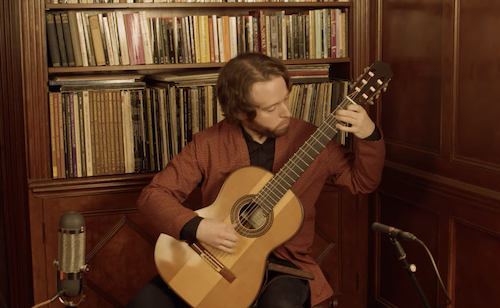 The last in a series of split-bill, pre-recorded recitals in this year’s Cleveland International Classical Guitar Festival debuted on June 11, containing excellent performances by Cleveland’s own Colin Davin on the first half, and Duo Melis of Spain and Greece on the second.

The centerpiece of Davin’s program was Leo Brouwer’s Sonata No. 2 for guitar, also known as Sonata del Caminante or “The Wanderer’s Sonata.” Not only does it explore different regions of Brazil, but it also shifts in style frequently, moving among spare beauty, a violent and extended tonality, and bluesy reflectiveness — together, a fascinating world of sound.

END_OF_DOCUMENT_TOKEN_TO_BE_REPLACED

Concerts cancelled in 2020 may have put a brief gap in Ling’s record with the Orchestra (a program every season since 1984-1985), but the ensemble’s former resident conductor more than made up for it Sunday with a performance both commanding and personal. END_OF_DOCUMENT_TOKEN_TO_BE_REPLACED