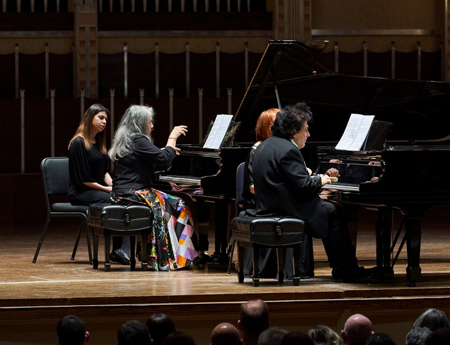 Although Argentine pianist Martha Argerich has never before played here, her reputation guaranteed a full house of ardent fans when she joined Cleveland’s own Sergei Babayan in a duo piano recital on Monday evening at Severance Hall sponsored by the Cleveland International Piano Competition. Their virtuosic playing in music by Mozart and Prokofiev was simply phenomenal, leading the cheering audience to demand two encores at the end — after multiple bouquets of flowers had made their way to the stage. END_OF_DOCUMENT_TOKEN_TO_BE_REPLACED 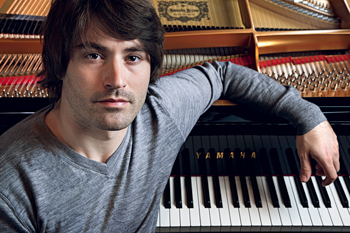 By his own admission, Tepfer’s upbringing was anything but typical. “I grew up in Paris, France with American parents, and outside of popular culture. We never had a TV, but I played a lot of music and read a lot of books, so the way I experienced culture was different,” the pianist said during a telephone conversation from his home in Brooklyn, New York. END_OF_DOCUMENT_TOKEN_TO_BE_REPLACED

When the 2016 Cleveland International Piano Competition and Festival gets underway on July 24 at the Cleveland Museum of Art, patrons will discover that CIPC is a true destination event. END_OF_DOCUMENT_TOKEN_TO_BE_REPLACED

END_OF_DOCUMENT_TOKEN_TO_BE_REPLACED

Rodgers & Hammerstein’s Cinderella was originally produced for television in 1957 — seven years after the animated Disney film was released — and starred Julie Andrews. According to the Rodgers & Hammerstein website, it was viewed by over 100 million people. END_OF_DOCUMENT_TOKEN_TO_BE_REPLACED

The story line has its origin in an 1855 play and an 1842 farce that Thornton Wilder mined for his 1938 play The Merchant of Yonkers. When that turned out to be a flop, in 1954 Wilder made the crucial decision to re-center the show around the character of the legendary marriage broker Dolly Gallagher Levi and renamed it The Matchmaker. END_OF_DOCUMENT_TOKEN_TO_BE_REPLACED

The Dodero Center for the Performing Arts at the Gilmore Academy in Gates Mills is one feature of an impressive campus. The auditorium is shallow, the stage is deep, and the ensemble played without a shell. Throughout the program, the sound, especially in instruments’ lower registers, tended to disappear. END_OF_DOCUMENT_TOKEN_TO_BE_REPLACED