The first such video, capturing the October 20 performance of Resilience at First Baptist Church in Shaker Heights, delivered handsomely on that promise. Erica Brenner’s sensitive videography and audio mixing preserved brilliant performances of music that illuminated two troubled periods in history: the plague of London in 1665, and the outbreaks of cholera and dysentery that dampened but failed to defeat the human spirit at the end of the American Civil War two centuries later. END_OF_DOCUMENT_TOKEN_TO_BE_REPLACED 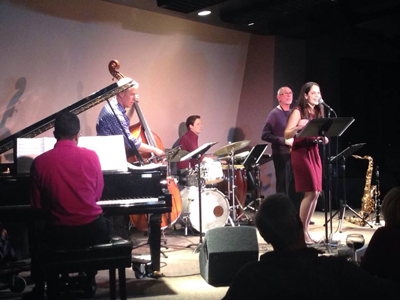 END_OF_DOCUMENT_TOKEN_TO_BE_REPLACED

Lynn, who is professor of baroque flute and recorder and curator of musical instruments at the Oberlin Conservatory of Music, was forced to give up performing four years ago due to his illness. His near-miraculous recovery was immediately evident in the opening selection, the Vivace from Telemann’s Concerto in D for two flutes, violin and cello, where he was joined by flutist Kathie Stewart, violinist Julie Andrijeski and cellist René Schiffer, with Jeannette Sorrell at the harpsichord and a backup orchestra of Miho Hashizumi and Rachel Iba, violins, Cynthia Black, viola, and Sue Yelanjian, contrabass. All the performers, who donated their services, have been longtime colleagues in professional period instrument ensembles in the region. END_OF_DOCUMENT_TOKEN_TO_BE_REPLACED

With this work, premiered in 1907, Sibelius offered a bold departure from the explosive emotionalism so prevalent in late-Romantic era music. This symphony was a renewed embrace of Classicism’s purity of form and melody, and one that, oddly enough, left many initial audiences of the day somewhat bewildered. END_OF_DOCUMENT_TOKEN_TO_BE_REPLACED

After eating a Po’boy from The Dawg Bowl Cajun food truck, I caught the first half of Brian Culbertson’s show in The Connor Palace Theatre. END_OF_DOCUMENT_TOKEN_TO_BE_REPLACED