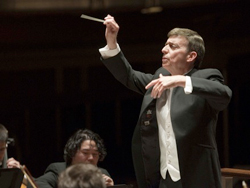 Although Topilow is leaving CIM, marking the end of an era at the school, he will remain in his positions as music director and conductor of the National Repertory Orchestra, the Firelands Symphony, and The Cleveland Pops Orchestra. END_OF_DOCUMENT_TOKEN_TO_BE_REPLACED 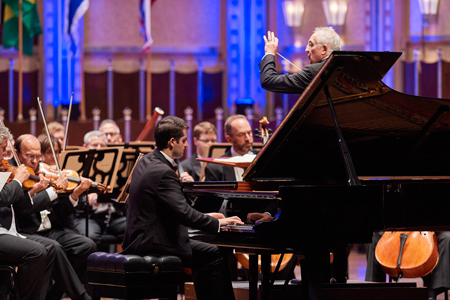 When 27-year-old Russian pianist Nikita Mndoyants won first prize in the 2016 Cleveland International Piano Competition in August, he walked off with a handsome cash prize. Even more valuable, perhaps, was the rest of his award package, which included a future CD recording, a New York debut at Carnegie Hall, and three years of concert engagements and management.

Mndoyants will play his first area post-competition recital on the Music From The Western Reserve Series on Sunday, October 16 at 5:00 pm in Christ Episcopal Church in Hudson. The program includes works that helped him rise to the top of the Cleveland competition: Joseph Haydn’s Sonata in E, Hob. XVI:31, Franz Schubert’s Sonata No. 19 in c, and Sergei Prokofiev’s Sonata No. 7 in B-flat, Op. 83, “Stalingrad.” END_OF_DOCUMENT_TOKEN_TO_BE_REPLACED

END_OF_DOCUMENT_TOKEN_TO_BE_REPLACED

Concerts cancelled in 2020 may have put a brief gap in Ling’s record with the Orchestra (a program every season since 1984-1985), but the ensemble’s former resident conductor more than made up for it Sunday with a performance both commanding and personal. END_OF_DOCUMENT_TOKEN_TO_BE_REPLACED