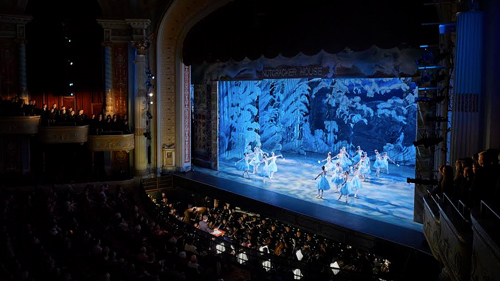 Tchaikovsky’s Nutcracker Ballet has been around since 1892, when it premiered at the Mariinsky Theater in St. Petersburg. But for more than half of its lifetime, the best-known version in this country is the one that George Balanchine choreographed for the New York City Ballet in 1954. Northeast Ohioans can enjoy that Nutcracker in a fine and colorful collaboration between the Pennsylvania Ballet and The Cleveland Orchestra. The show opened on Wednesday, November 30 at the State Theater in Playhouse Square, and runs through Sunday, December 4. END_OF_DOCUMENT_TOKEN_TO_BE_REPLACED 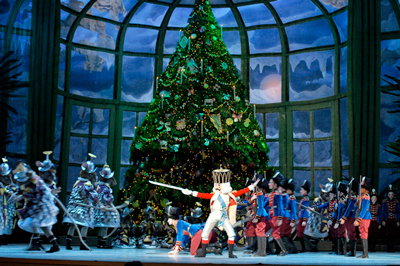 Alexander Dumas’ libretto was criticized by some for being unfaithful to its source, E.T.A. Hoffmann’s tale The Nutcracker and the Mouse King. Some critics questioned the ballet’s prominent use of children, while others referred to the party scene as “ponderous” and to the Grand Pas de Deux as “insipid.” END_OF_DOCUMENT_TOKEN_TO_BE_REPLACED

The season kicks off on September 29 and 30 when Franz Welser-Möst leads performances of Ives’s Symphony No. 3 (“The Camp Meeting”) and Sibelius’s Symphony No. 2. And organist Paul Jacobs (below) will make his Cleveland Orchestra debut as soloist in Copland’s Symphony for Organ and Orchestra. END_OF_DOCUMENT_TOKEN_TO_BE_REPLACED

END_OF_DOCUMENT_TOKEN_TO_BE_REPLACED

What was that strange din coming over the live feed from Ludwig Recital Hall on Friday evening, July 23, as the Miami String Quartet filed onstage to play the third faculty recital of the Kent Blossom Music Festival? Accustomed as we were during the pandemic ban on live audiences to hearing the sound of no hands clapping, it was both startling and thrilling to witness a large crowd putting their hands together to welcome one of the Festival’s perennial favorites back for an in-person performance. END_OF_DOCUMENT_TOKEN_TO_BE_REPLACED

Practical reasons aside, there aren’t many ensembles who can put together an all-Mozart evening as elegantly as The Cleveland Orchestra. END_OF_DOCUMENT_TOKEN_TO_BE_REPLACED