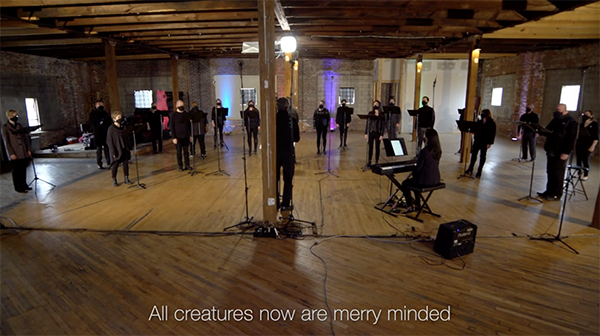 Musicians are not necessarily known for their acrobatic abilities, but jumping through one or two hoops has become an important part of their job description.

That’s exactly what Scott MacPherson and the Cleveland Chamber Choir did for the second performance of their sixth season. Masked and spaced several feet apart, the ensemble gathered for a recording session in the resonant space of a Train Avenue warehouse on Cleveland’s West Side last month. The resulting video — “Madrigals of All Times,” released on May 15 — is excellent in programming, performance, and production.

Two central threads run through MacPherson’s mosaic of madrigals: world premieres, and pairings of Renaissance and 20th-century pieces, which in several cases are set to the same text. END_OF_DOCUMENT_TOKEN_TO_BE_REPLACED