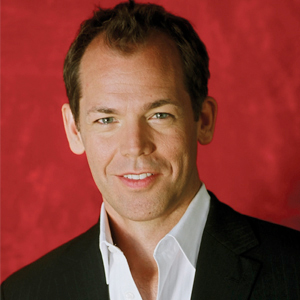 “An entire evening of Hugo Wolf songs might strike fear in the hearts of an audience,” says CIM voice professor and baritone Dean Southern. So Southern has chosen to present the songs of Wolf’s Italienisches Liederbuch in a multimedia context for his faculty recital in Mixon Hall on Wednesday, October 2 at 8:00 pm.

The multimedia idea arose while Southern was teaching opera at the Frost School of the University of Miami and watched a designer from New York put together the projections for a production he was directing. “It speaks to a creative side I enjoy exploring and gives a different angle on the music,” Southern told us by phone from Macomb, IL, where he was rehearsing with pianist Jeffrey Brown at Western Illinois University.

The recital, presented with the assistance of Brown and soprano Susan Williams of the University of Alabama, will place Wolf’s “Italian” songs in the context of his 19-year affair with Melanie Köchert, ironically the wife of Wolf’s patron, who was the official Viennese Court Jeweler. “We’ll present these songs as if this were the kind of life they wanted to have together.” Projections of song translations, photographs and translations of Wolf’s surviving letters to Köchert (she burned many of them) will be woven into the program as well as three of Wolf’s early piano works. END_OF_DOCUMENT_TOKEN_TO_BE_REPLACED

The Cleveland Orchestra — or at least half of it — marked Valentine’s Day with a straight-through, 50-minute concert led by Belgian early music guru Philippe Herreweghe. The February 14 performance, marketed as a romantic evening of orchestral classics, played to a packed house (marketing works!). END_OF_DOCUMENT_TOKEN_TO_BE_REPLACED

Music is said to be a universal language, but it does speak with different accents. When you’re playing music by Jean Sibelius, it’s helpful to have a Finnish conductor on the podium, which is what made Susanna Mälkki’s pair of Cleveland Orchestra concerts so lucid and communicative earlier this month. END_OF_DOCUMENT_TOKEN_TO_BE_REPLACED

END_OF_DOCUMENT_TOKEN_TO_BE_REPLACED

Today’s touring string quartets hew to so uniformly high a standard that it’s often little individual touches that make ensembles stand out. The Polish musicians who make up the Apollon Musagète Quartet showed up at Plymouth Church in Shaker Heights for their debut on the Cleveland Chamber Music Society series on February 4 in matching plaid suits and black shirts. And jettisoning their jackets, they played standing (except for the cellist). END_OF_DOCUMENT_TOKEN_TO_BE_REPLACED