For its latest In Focus episode, “Visions and Impressions,” The Cleveland Orchestra makes a gesture in the direction of welcoming winds back into the action, although principal flute Joshua Smith’s contribution to the event comes in the form of two unaccompanied pieces that leave him looking very lonely on the Severance Hall stage. END_OF_DOCUMENT_TOKEN_TO_BE_REPLACED 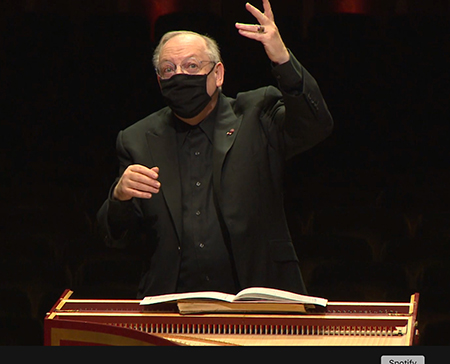 His agenda is his specialty: Baroque music, which he characterizes in his remarks as “over the top, what I like in music. It’s as if you take the front of the Supreme Court Building — very symmetrical, nice columns — and put all the frou-frou of fancy violin parts on top of the rough and tumble and fun part of the music.” Comparing it to jazz, he notes “in this music you have to do a lot of it for yourself.” END_OF_DOCUMENT_TOKEN_TO_BE_REPLACED 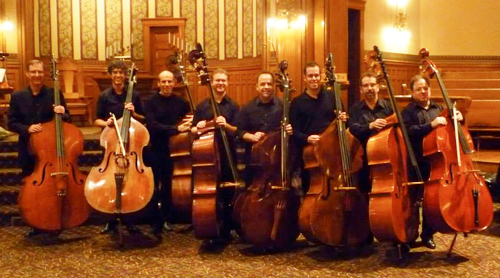 Arts Renaissance Tremont pulled it off again. Each season the series organizers present at least one program that, on paper, seems so niche, so inside the inner-circles of classical music, that it causes you to wonder how many people this program is going to attract. On Sunday, November 23 in Pilgrim Congregational Church, ART treated a capacity audience to a brilliantly performed and entertaining concert by eight bassists of The Cleveland Orchestra. END_OF_DOCUMENT_TOKEN_TO_BE_REPLACED

END_OF_DOCUMENT_TOKEN_TO_BE_REPLACED

What was that strange din coming over the live feed from Ludwig Recital Hall on Friday evening, July 23, as the Miami String Quartet filed onstage to play the third faculty recital of the Kent Blossom Music Festival? Accustomed as we were during the pandemic ban on live audiences to hearing the sound of no hands clapping, it was both startling and thrilling to witness a large crowd putting their hands together to welcome one of the Festival’s perennial favorites back for an in-person performance. END_OF_DOCUMENT_TOKEN_TO_BE_REPLACED

Practical reasons aside, there aren’t many ensembles who can put together an all-Mozart evening as elegantly as The Cleveland Orchestra. END_OF_DOCUMENT_TOKEN_TO_BE_REPLACED