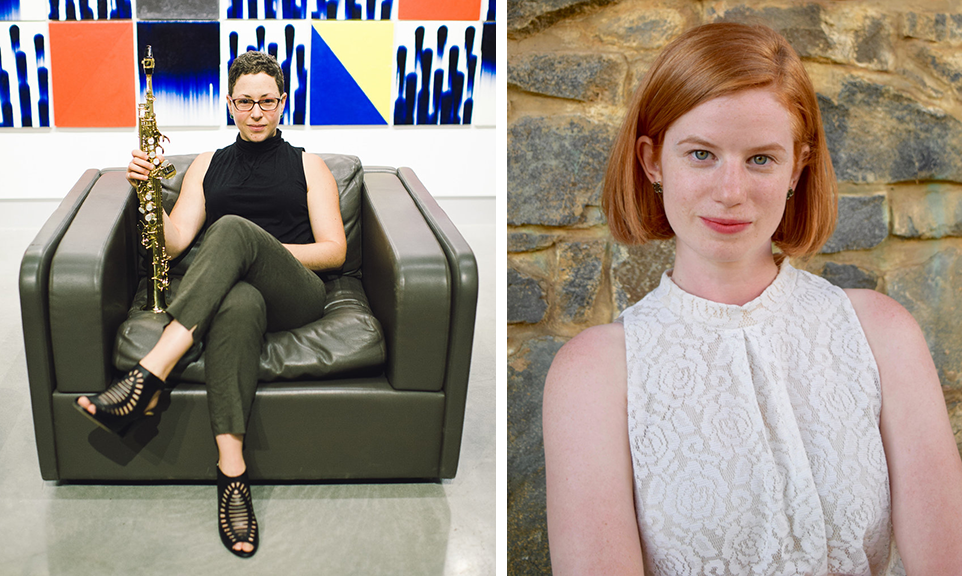 Noa Even said during a recent telephone conversation that the timing of that meeting over coffee was fortuitous. END_OF_DOCUMENT_TOKEN_TO_BE_REPLACED 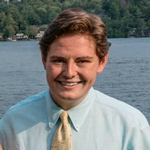 ClevelandClassical is pleased to announce that New Hampshire native Neil McCalmont has been named the 2016 ClevelandClassical.com Young Writer Fellow. The two-month summer fellowship is designed for aspiring writers who wish to hone their skills and prepare for careers on the new frontiers of musical journalism.

McCalmont is completing his second year at Oberlin where he is a double degree student majoring in Classics and Musical Studies with a focus on Greek and Latin literature and Wagnerian opera. “I am incredibly grateful for this opportunity,” he said. “As an aspiring music writer, I will gain great journalistic experience through this fellowship by writing reviews and previews, and conducting interviews with artists.” END_OF_DOCUMENT_TOKEN_TO_BE_REPLACED 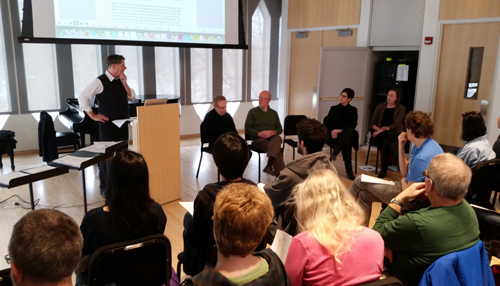 January has been all about chamber music at Oberlin. On Friday, January 23 in Stull Recital Hall, the school gave a taste of the media side of the field with the help of three Cleveland-based music critics, also Oberlin faculty members: Mike Telin and Daniel Hathaway serve as editors of ClevelandClassical.com, while Donald Rosenberg is editor of Early Music America magazine and former chief music critic at The Plain Dealer. END_OF_DOCUMENT_TOKEN_TO_BE_REPLACED

by Jeremy Reynolds, guest contributor
courtesy of The Oberlin Review 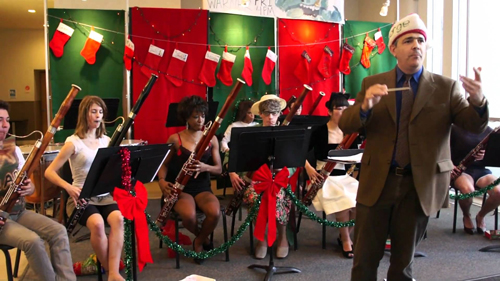 There is perhaps only one commonality between the 2008 Summer Olympics, Harry Potter, the much-anticipated 2012 apocalypse and Georges Bizet’s beloved opera Carmen. It is true that two of these incidents feature music composed by John Williams and that two of these tales speak of great catastrophe. It is true that three of these four phenomena have occurred during the new millennium. But the only event that truly binds these disparate happenings together will take place on Thursday, December 11 at 12:30 pm, in the Conservatory Lounge. Immediately following Pizza with the Deans, Professor of Bassoon George Sakakeeny will celebrate his 25th anniversary of coordinating and conducting that jovial holiday tradition, Bassoon Christmas.

Sakakeeny began teaching at the Conservatory in 1989. His predecessor, Ken Moore, oversaw the first run of Bassoon Christmas. One of Moore’s former students, Mike Telin, OC ’84, recounted how one of his fellow bassoonists came up with the idea for a Christmas concert to blow off some steam during reading period.

“Ken was all for the idea,” he said. “We did the first one in flash mob style; we took over the lounge and started playing.” END_OF_DOCUMENT_TOKEN_TO_BE_REPLACED 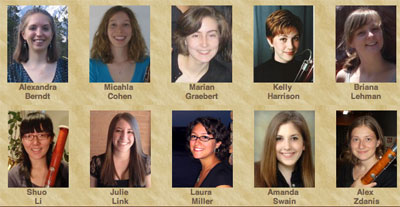 The Meg Quigley Vivaldi Bassoon Competition and Symposium gets underway on Friday, January 15 at the Oberlin Conservatory. As background to the event, I reached Founders and Co-directors Kristen Wolfe Jensen and Nicolasa Kuster for phone interviews last week. 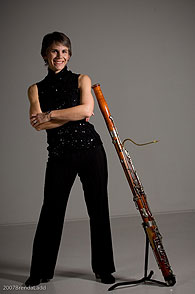 MQVC Co-Director Kristin Wolfe Jensen has been the bassoon professor at the University of Texas at Austin since 1995, and is also on the faculty of the International Festival Institute at Round Top, and the Eastern Music Festival, where she is Principal Bassoonist of the Eastern Philharmonic. Ms. Jensen is Principal Bassoonist with the River Oaks Chamber Orchestra and previously has toured Europe with the Dallas Symphony Orchestra, and served as Acting Principal Bassoonist of the Houston Grand Opera. The American Record Guide reviewer said of her solo CD Shadings, “…She has simply turned in the finest-played Bassoon recital I have ever heard… She obviously sees tone quality as the foundation for her fluent technique…It is a ravishing sound, siren-like in its attractive flair…Ms. Jensen could teach a lot about musicality to a number of famous violinists…”. Her other chamber music and solo recordings can be heard on the Cambria, Opus One, Klavier, and Centaur labels.

Mike Telin: How did the idea for this competition come about?

KWJ: Nicolasa and I were sitting in a Café in Buenos Aires at the 2001 International Double Reed Society Convention. We had been friends at Oberlin, and we were talking about how we would like to see more young women bassoonists empowered. It seemed as though the majority of bassoonists who were participating in International competitions for the bassoon were male although at least 50% of bassoon students enrolled in music schools were female; so why are female bassoon students not succeeding in International Competitions? We had to ask ourselves what was causing this to happen. I think at that time about 72% of principal bassoonists in orchestras in the United States were male, and why were the females not rising to the top? There has been some change in this in the past decade, which is good.

END_OF_DOCUMENT_TOKEN_TO_BE_REPLACED

This year the majority of the concerts are being held at a single location, the magnificent Grove Amphitheatre in Mayfield. Although the venue has no permanent seating, lawn chairs and blankets are the perfect solution. Picnics are encouraged and the responsible consumption of alcohol is permitted. Think Blossom Music Center on a smaller scale and you’ll get the picture. END_OF_DOCUMENT_TOKEN_TO_BE_REPLACED

The series opener, “Legends,” celebrated the return of in-person concerts with music by Antonín Dvořák, Enrique Granados, Paul Wiancko, and Franz Schubert. The musicians displayed the wide range of expression and color, enchanting communication, and technical brilliance that chamber music can provide. END_OF_DOCUMENT_TOKEN_TO_BE_REPLACED

Music director Franz Welser-Möst set the stage in his introductory video remarks, describing the Berg era as “the ‘Roaring 20s’ aftershock of World War I, a blooming of musical styles never experienced before or since.” END_OF_DOCUMENT_TOKEN_TO_BE_REPLACED

Aside from that, the beautifully curated program primarily features captivating performances of solo works that are presented in a logical progression of sound and temperament. END_OF_DOCUMENT_TOKEN_TO_BE_REPLACED

END_OF_DOCUMENT_TOKEN_TO_BE_REPLACED

Henderson began the evening with his own arrangements of three movements from J.S. Bach’s Suite No. 4 for solo cello. The Prelude features a series of descending patterns interspersed with virtuosic passages, and while these passages effectively highlighted Henderson’s technical skills, he also demonstrated dramatic expertise by playing each descending pattern with different nuances of emotion. The Sarabande, with its poise and stately pace, was juxtaposed beautifully with a lively Bourrée, where notes flurried in quick succession, but Henderson never sacrificed precise articulation for musical momentum.  END_OF_DOCUMENT_TOKEN_TO_BE_REPLACED