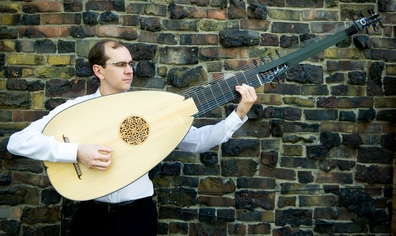 This Friday evening, June 28 at 7:30 pm, the big faculty/guest concert moves into the much larger space of Warner Concert Hall for Arcangelo Corelli’s Concerto Grosso in D, Op. 6, No. 4 in D, Petronio Franceschini’s Sonata for Two Trumpets, and Johann Joseph Fux’s Ouverture in d. The evening will close with a semi-staged production of Henry Purcell’s tragedy Dido and Aeneas, based on Book IV of Virgil’s Aeneid. END_OF_DOCUMENT_TOKEN_TO_BE_REPLACED

END_OF_DOCUMENT_TOKEN_TO_BE_REPLACED

The Orpheus myth inspired French Baroque composers Jean-Philippe Rameau and Philippe Courbois to write expressive solo cantatas about the famous Greek musician-poet and his futile attempts — because of his own impatience — to rescue his beloved Eurydice from the grasp of Pluto in the Underworld. These are beautifully performed by the clear-voiced soprano Hannah De Priest and the velvet-throated baritone Jonathan Woody (who makes a walk-on appearance in the Rameau). END_OF_DOCUMENT_TOKEN_TO_BE_REPLACED

Now that live concerts are beginning to proliferate, it was delightful to hear Oberlin cello professor Darrett Adkins ring a change on the solo suite format with his Hypersuite No. 3 on September 28 in the Cirigliano Studio Theatre at Lorain County Community College. His program opened the new season of Signature Series performances in Elyria, and was dedicated to the memory of Eva Hornyak. END_OF_DOCUMENT_TOKEN_TO_BE_REPLACED