A memorial service honoring the life and career of Robert Schneider will be held at First Baptist Church in Shaker Heights on Saturday, April 4 at 1:30 pm. END_OF_DOCUMENT_TOKEN_TO_BE_REPLACED 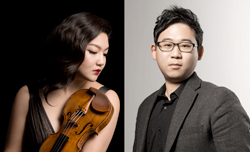 On the eve of St. Cecilia’s Day — but obviously blessed in advance by the patron saint of music — the Cleveland Chamber Choir sang a splendid inaugural concert at First Baptist Church in Shaker Heights. Under the direction of its founder, Scott MacPherson, the new ensemble’s performance on Saturday, November 21 set a very high standard for themselves as a professional choral ensemble, and MacPherson’s programming whetted the appetite for more imaginative concert menus to come. END_OF_DOCUMENT_TOKEN_TO_BE_REPLACED 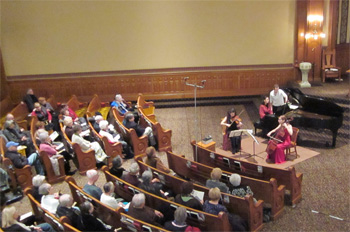 Tremont resident and longtime ART concert attendee Lorraine Thwaite says she enjoys Arts Renaissance Tremont concerts because the performers are of world-class quality and the concerts are right in her neighborhood. END_OF_DOCUMENT_TOKEN_TO_BE_REPLACED