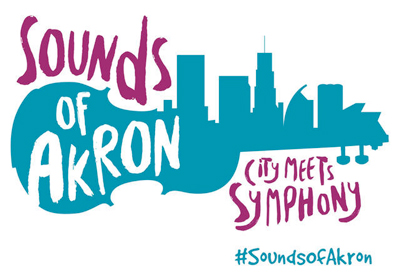 What does Akron sound like to you? This is the question the Akron Symphony Orchestra and composer Clint Needham asked when they invited Akron area residents to download a smartphone app and upload their recordings to the Sounds of Akron website from late last spring through the fall. Those sounds became the inspiration for Needham’s imaginative new work, Sounds of Akron: City Meets Symphony, which received its premiere by the Akron Symphony under the direction of Christopher Wilkins on April 16 at E.J. Thomas Hall. END_OF_DOCUMENT_TOKEN_TO_BE_REPLACED

Those became the inspiration for his new collaborative work, Sounds of Akron: City Meets Symphony, which will be premiered by the Akron Symphony at E.J. Thomas Hall under the direction of Christopher Wilkins on April 16 at 8:00 pm. The program will also include Gustav Mahler’s Symphony No. 4 featuring soprano Christine Brandes. A pre-concert celebration will begin at 6:00 pm. END_OF_DOCUMENT_TOKEN_TO_BE_REPLACED 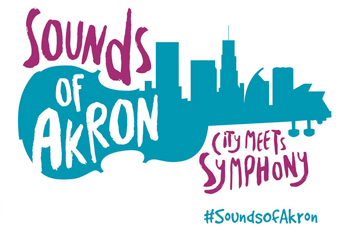 “This project is cool,” an enthusiastic Wilkins said during a recent telephone conversation. “It really is verging on performance art in that it’s breaking down the fourth wall in making the community part of the creative process. In a way, asking what Akron sounds like is similar to asking who you are — from a sonic point of view.” Wilkins encourages everyone to download the iOS app or the Android app and upload their recordings to Sounds of Akron. On Sunday, October 11 the Symphony invites area residents to collect sounds during an outing at the Akron Zoo. “People should know that we still want submissions,” Wilkins said, adding, “they should send us anything that they think is interesting.” END_OF_DOCUMENT_TOKEN_TO_BE_REPLACED

END_OF_DOCUMENT_TOKEN_TO_BE_REPLACED

What was that strange din coming over the live feed from Ludwig Recital Hall on Friday evening, July 23, as the Miami String Quartet filed onstage to play the third faculty recital of the Kent Blossom Music Festival? Accustomed as we were during the pandemic ban on live audiences to hearing the sound of no hands clapping, it was both startling and thrilling to witness a large crowd putting their hands together to welcome one of the Festival’s perennial favorites back for an in-person performance. END_OF_DOCUMENT_TOKEN_TO_BE_REPLACED

Practical reasons aside, there aren’t many ensembles who can put together an all-Mozart evening as elegantly as The Cleveland Orchestra. END_OF_DOCUMENT_TOKEN_TO_BE_REPLACED