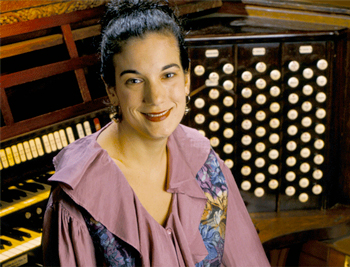 Last Sunday afternoon the Stambaugh Auditorium Organ Series celebrated Halloween by screening the 1920 silent movie Dr. Jekyll and Mr. Hyde with improvised accompaniment by organist Dorothy Papadakos. The cheerful performer arrived clad in a Mr. Hyde costume complete with the requisite top hat, circa 1890, explaining that the Stambaugh concert was part of her Halloween tour. END_OF_DOCUMENT_TOKEN_TO_BE_REPLACED 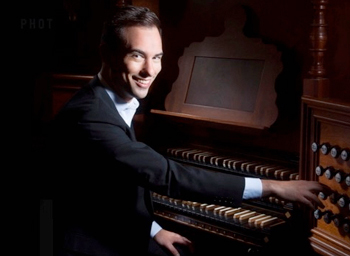 That repertoire list gives a big hint about Houlihan’s musical tastes, which run heavily toward French Romantic music, a national tradition the organist imbibed first-hand during a year he spent in Paris serving as assistant organist at the American Cathedral. END_OF_DOCUMENT_TOKEN_TO_BE_REPLACED 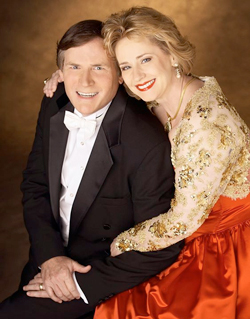 Duo-piano teams pop up with some frequency on recital series, but duo-organists not so much. The Atlanta-based husband and wife team of Raymond and Elizabeth Chenault have four-handedly (and four-footedly) set out to change that dynamic, having commissioned and performed some 60 organ duets during their four decades of sharing an organ bench. END_OF_DOCUMENT_TOKEN_TO_BE_REPLACED

END_OF_DOCUMENT_TOKEN_TO_BE_REPLACED

Franz Welser-Möst led the final bows on Saturday night at Severance, like the star of any show should. The Cleveland Orchestra’s music director is in his element presiding over the ensemble’s annual opera production, which this season packs the drama. Verdi’s Otello — in a concert staging that opened May 21 and runs for two more performances (May 26 and 29) — demands big voices, instrumental forces to match, and a conductor who can give it all shape and direction. END_OF_DOCUMENT_TOKEN_TO_BE_REPLACED

The cimbalom was the feature of the show, an instrument capable of taking on many personas. Its performer, Chester Englander, has shaped his career around the instrument, and has inspired composers to write more repertoire for it, some of which was presented on the program. END_OF_DOCUMENT_TOKEN_TO_BE_REPLACED