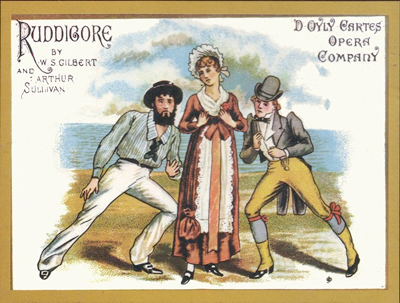 On Friday, July 10, after the customary singing of God Save the Queen, the curtain went up on the second performance of Ohio Light Opera’s Ruddigore in Freedlander Theater at the College of Wooster, and the audience was immediately swept into the action in the Cornish town of Rederring. Gilbert and Sullivan’s 1887 operetta has a rather baffling story line and a whimsical musical style. END_OF_DOCUMENT_TOKEN_TO_BE_REPLACED 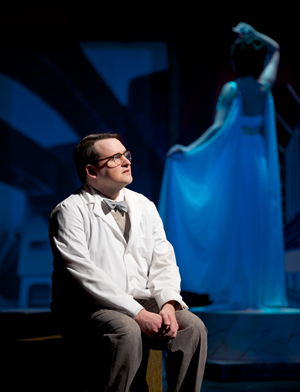 It’s a little bit sassy, a little bit bawdy, and a whole lot of musical fun! What is it, you ask? Why, it’s One Touch of Venus, now onstage in repertory through August 8 at the Ohio Light Opera in Wooster. It’s totally fabulous. One Touch of Venus is one of half-a-dozen or so musicals written by the eminent classical composer Kurt Weill, but the music is anything but strictly classical in orientation. There’s jazz, boogie-woogie, and jitterbug, in addition to beautiful melodies such as “Speak Low,” and “I’m a stranger here myself.” END_OF_DOCUMENT_TOKEN_TO_BE_REPLACED 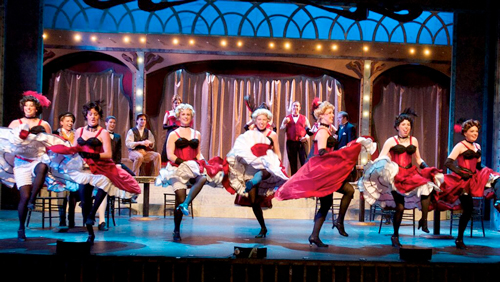 If you’re among the millions who love Paris, whether it drizzles or sizzles — or even if you’re not — you’re bound to love the new production of Can-Can at the Ohio Light Opera. It’s bright and colorful, and, with the witty lyrics of Cole Porter, it’s totally sassy as well. It’s also a huge show, technically, as nearly everyone other than the principals plays double and triple roles, complete with numerous costume changes. This energetic production, helmed by artistic director Steven Daigle, never missed a beat. Act One has ten scenes, while Act Two has seven — daunting indeed. The colorful, bright costumes were designed by Charlene Gross, and the multi-purpose set and picturesque scrim by Cassie King. Lighting design is by Erich Keil. END_OF_DOCUMENT_TOKEN_TO_BE_REPLACED 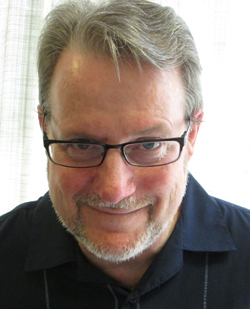 Steven Daigle (left) has been at the helm of Ohio Light Opera since 1999. But not even a Superman could successfully choose and direct all seven full-scale productions in the eight-week summer season at The College of Wooster. This season, Daigle will be in charge of four of the seven shows, and three members of his company will each direct one.

I sat down with Daigle, associate director Julie Wright Costa, principal guest director Ted Christopher, and Jacob Allen — all four of whom are teachers specializing in the lyric theater tradition — to ask questions about their careers and their lives at OLO.

Kelly Ferjutz: Could you each share your thoughts about shows you’re directing this season?

Steven Daigle: I’m directing four of the seven productions. Our repertory is shifting in the direction of a musical theater, which has a different emphasis than operetta. They all have their difficulties, but the biggest one is time constraints — there’s a lot to do after choosing a piece before you present it to the audience. Building sets is time-consuming and expensive. We’re trying to economize where possible, without hurting our quality. Maybe we build less complex sets at times. END_OF_DOCUMENT_TOKEN_TO_BE_REPLACED 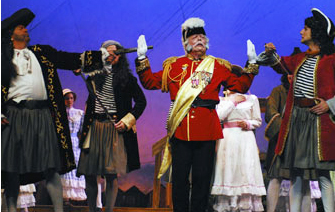 Ohio Light Opera will produce 58 performances of 8 shows this summer in Freedlander Theatre at the College of Wooster, kicking off its season with Lerner & Loewe’s Brigadoon on Saturday, June 13 at 7:30 pm.

Founder James Stuart originally had a summer Gilbert & Sullivan festival in mind in 1979, but since its inaugural season in Wooster, OLO has evolved to embrace a wider range of light opera, including European operetta and American musical theater. OLO is now under the leadership of artistic director Steven A. Daigle and general director Julie Wright Costa.

The mix of operettas and Broadway shows to be performed in 2015 by the 40 members of the vocal ensemble includes Cole Porter & Abe Burrows’ Can-Can, Ogden Nash & Kurt Weill’s One Touch of Venus, George & Ira Gershwin’s Oh, Kay!, Gilbert & Sullivan’s Ruddigore and Yeoman of the Guard, and Franz Lehár’s Friederike. END_OF_DOCUMENT_TOKEN_TO_BE_REPLACED

On Tuesday afternoon, July 2, at Friedlander Hall on the campus of The College of Wooster, the Ohio Light Opera presented their opening summer performance of Johann Strauss Jr.’s The Gypsy Baron. The scoring and the nature of the piece led many critics to consider it neither a comic opera nor a lyric opera, and thus an operetta. Whatever you call it, during the composer’s lifetime The Gypsy Baron enjoyed great success, second only to the popularity of Die Fledermaus. This was a time when Vienna was awash in the beloved waltzes of Strauss Jr. and audiences turned out in droves to hear his always engaging melodic waltz themes while dancing the evenings away.

For today’s audiences, however, staging an operetta such as The Gypsy Baron, with its predictable story line, romantic happy ending, concealed identities and syrupy dose of social satire can prove to be a daunting task. Ignaz Schnitzer’s libretto (English translation by Ruth and Thomas Martin) utilized the usual stock operetta types: feuding Hungarians and gypsies, a buried treasure and a notable absence of genuine mirth. END_OF_DOCUMENT_TOKEN_TO_BE_REPLACED

Northeast Ohio’s Les Délices has long been that rarest of beasts: a world-class organization so proud of its region (ours) and repertoire (distinct niches in pre-1800 music) that it never tries to be everything to everyone, paradoxically making a strong case for a broad, curious international following. In the December episode of its SalonEra series, the ensemble embraces its strengths and community to marvelous effect. END_OF_DOCUMENT_TOKEN_TO_BE_REPLACED

END_OF_DOCUMENT_TOKEN_TO_BE_REPLACED

Another I remember fondly is Gian Carlo Menotti’s Amahl and the Night Visitors.  Commissioned by NBC, the one act, made-for-television opera, premiered on December 24, 1951, at the network’s studios in New York’s Rockefeller Center. And now, through the wonders of technology, Cleveland Opera Theater has created a magical new production of the work which is available on demand through January 6, 2021 (Three Kings Day). END_OF_DOCUMENT_TOKEN_TO_BE_REPLACED

Jessen has now followed up with her second solo CD, Winter Chapel. Recorded on January 17, 2020 in Oberlin College’s Fairchild Chapel and available on Carrier Records, the album is a continuum in Jessen’s journey to push the musical boundaries of her instrument and herself as an improviser. END_OF_DOCUMENT_TOKEN_TO_BE_REPLACED