The stakes were high on Wednesday evening in Oberlin’s Warner Concert Hall as the Recital Round of the Cooper International Violin Competition began. Of the ten participants in the Concerto Round, six would move on to the next phase — the Recital Round — which would determine the three who will be heading to Severance Hall on Friday, June 21 to perform with Jahja Ling and The Cleveland Orchestra. The concert, emceed by Robert Conrad, was broadcast live on WCLV 104.9 and wclv.org. END_OF_DOCUMENT_TOKEN_TO_BE_REPLACED

WCLV listeners and audience members in Ideastream’s Smith Studio were treated to “Nosh at Noon,” an unofficial inaugural concert on Wednesday, June 15. END_OF_DOCUMENT_TOKEN_TO_BE_REPLACED

A live gerbil as compositional material—it’s the most recent suggestion for a “secret musical ingredient” on the Iron Composer competition’s Facebook page, and contest director Joe Drew, for one, is open to it. “People say stuff, and they think it’s too crazy, but I could see a scenario where that would work,” said Drew over telephone as we talked about the upcoming 8th installment of Iron Composer, a project of Analog Arts. The competition will take place September 26 and will culminate in a free public concert at 8:00 that evening at the Great Lakes Science Center on Erieside Avenue in downtown Cleveland. Emceed by Mark Satola of WCLV, the concert will also be broadcast live on the station (104.9 FM) and on wclv.com.

END_OF_DOCUMENT_TOKEN_TO_BE_REPLACED 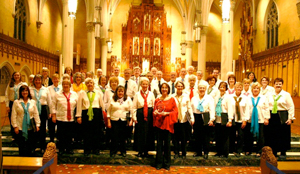 On Thursday and Friday, May 9 and 10 at 8 pm, the six finalists in the 2013 Jubilation! Elizabeth Stuart Church Choir Festival will sing their final rounds, three choirs each night, as part of the Helen D. Schubert Concert Series at the Cathedral of St. John the Evangelist in downtown Cleveland. Both evenings will be broadcast live over WCLV, 104.9 FM and emceed by Bill O’Connell. END_OF_DOCUMENT_TOKEN_TO_BE_REPLACED 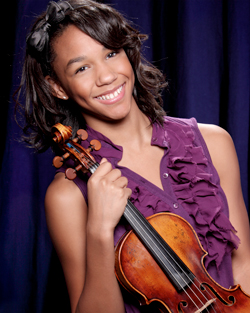 The concert will include the Martin Luther King Jr. Celebration Chorus (a 125-member volunteer chorus from the greater Cleveland community) and the Central State University Chorus, both prepared by William Henry Caldwell, and will feature Sphinx Competition prizewinner Adé Williams as violin soloist. All available tickets have already been distributed, but listeners can tune into a live broadcast on WCLV (104.9 FM) and WCPN (90.3 FM) or on the stations’ live Internet streams. END_OF_DOCUMENT_TOKEN_TO_BE_REPLACED