Nowak, also Polish, is principal associate conductor of London’s Royal Philharmonic Orchestra, as well as music director of The Grand National Opera (Teatr Wielki) in Warsaw. He studied at Tanglewood, earned his doctorate at Eastman, then served on the faculty of Bowling Green State University. He’s quite familiar with Moniuszko’s piece, having first conducted it in Warsaw in what he describes as “quite a scandalous production.”

The opera company had hired a film director to stage Straszny Dwór as Nowak’s first attempt at an opera. “Because of his background, he thought that the music had to follow the timing of the action on stage,” he said. “So before I arrived he hired a pianist and cut everything out of the score that didn’t fit. He completely destroyed the music. I said, no way are we doing this, so a huge war ensued.”

When the director insisted that his name be removed from the production, the Polish Ministry of Culture intervened. Nowak suggested a solution: “I said, let’s do one set of posters with the director’s name and one set with mine. I’ll conduct the real version of the opera, and give the performances of his version to my assistant.” 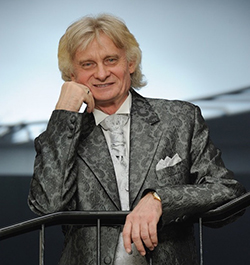 That worked for a while, but finally Nowak pulled out. “It was quite an experience,” he said. “This is the most popular Polish opera and everybody knew it. For the director’s version, the singers and orchestra had to relearn the piece with bad musical grammar, and they hated it.”

No such problems loom in Cleveland, where Moniuszko’s piece will be performed just as he wrote it with only a few traditional cuts. Sobieska will sing the role of Hanna, and she has assembled a fine cast including Francisco Prado (as Miecznik) and Justyna Giermola (Jadwiga, below), Mikhail Urusov (Stefan), Mikhail Smigelski (Zbigniew), Christina Carr (Cześnikowa), Albert Niedel (Maciej), Pawel Izdebski (Skołuba), Andrzej Stec (Pan Damazy), Jeremy Gilpatric (Grześ), and Agnieszka Bieniek (Old Woman). 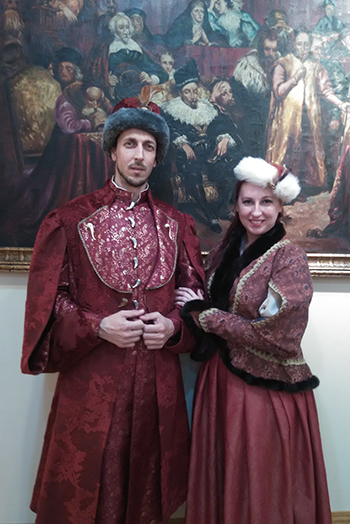 The opera will be sung in Polish (with English supertitles), providing a casting challenge for the artistic director. “I’ve kept an eye out for Polish singers for two or three years,” Sobieska said. Andrzej Stec (below), who appeared as the disruptive pagan shepherd in Szymanowski’s Krol Roger a few years back, is among the native speakers who will be singing. Others, like Francisco Prado — who was born in Texas — assured Sobieska that he was fluent in Spanish, so Polish shouldn’t be a problem. “He’s brilliant,” she said. 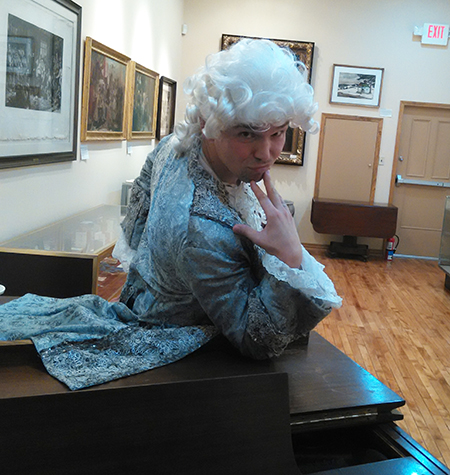 Both Sobieska and Nowak were eager to explain that Straszny Dwór doesn’t quite translate to “The Haunted Manor,” because straszny has a second meaning in Polish — something equivalent to “terrible” or “awful.” That took both of them off into an exposition of the plot that’s far too complicated to unravel here. Suffice to say that there are no ghosts, the opera is a comedy with people hiding in grandfather clocks and behind pictures on the wall, and the bad rap the Manor acquired has something to do with the surplus of nubile young women in the region compared to young men, many of whom perished in conflicts and uprisings.

“There were nine girls in the Manor house who all got married when boys showed up. Other girls gave the manor its name because it attracted all the men in the area,” Sobieska said.

“Women of the other houses in the district were becoming old maids because of the curse of the manor,” Nowak said, adding that “the opera has a Mozartian ending where everybody gets married, but the underlying plot is very political.”

Contributing to the color of the production, the dancers of Cleveland Ballet will perform the important Mazur to choreography by Gladisa Guadalupe. (Below: a costume designed by Sam Meredith.) 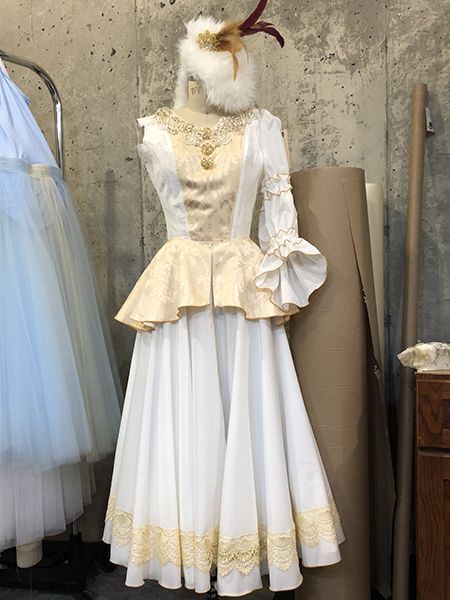 Nowak is looking forward to the Cleveland production as well as to recording Straszny Dwór in September “with a very good cast of soloists and the Orchestra of the 18th Century from Amsterdam.”

The conductor’s own celebration of the centenary of Polish independence will continue when he takes the Royal Philharmonic to Warsaw for two concerts that include symphonies by Polish composers, as well as Wagner’s and Elgar’s tone poems both titled Polonia.

The cimbalom was the feature of the show, an instrument capable of taking on many personas. Its performer, Chester Englander, has shaped his career around the instrument, and has inspired composers to write more repertoire for it, some of which was presented on the program. END_OF_DOCUMENT_TOKEN_TO_BE_REPLACED

You wouldn’t expect that acoustic from a glance at the nave, which is wide and long, but not especially lofty. But when I guest conducted a local amateur choir and professional orchestra in Beethoven’s Mass in C there a few years back, during the first rehearsal we released the final chord of the “Gloria” and listened in astonishment for the next several seconds. The sound continued to roll down the space like the big wave that surfers dream about. END_OF_DOCUMENT_TOKEN_TO_BE_REPLACED