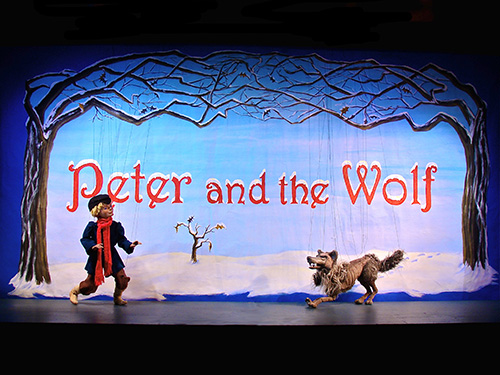 It’s not every day — or really any day — that you get to talk to a puppeteer. Filling that void in my life was David Syrotiak, managing director of the Erie-based National Marionette Theatre. We connected recently by telephone, about thirty seconds after one missed call — he told me he had paint all over his fingers from working on some new marionettes.

Syrotiak will bring his marionette company to Northeast Ohio this weekend for a unique take on Prokofiev’s ever-charming Peter and the Wolf in collaboration with the Cleveland Philharmonic, led by Victor Liva. Catch them on Saturday, October 13 at 7:30 pm in Waetjen Auditorium at Cleveland State University, or on Sunday, October 14 at 3:00 pm at Westlake Performing Arts Center.

While Christopher will be featured in the Saint-Saëns, one surprise is that he will not be part of this Peter and the Wolf. Instead, the Marionette Theatre wrote an original script with dialogue between the puppets. “The very first section of the story has a character who is a conductor — Maestro Flat — who introduces all the instruments and their themes,” Syrotiak said. “After that, we go into the main story.” 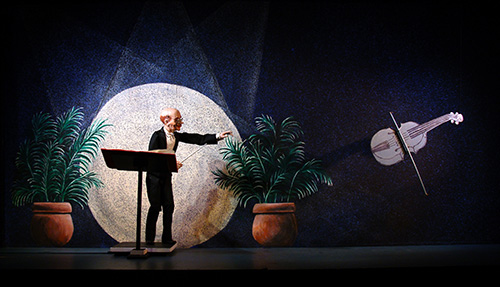 Another tweak comes in the score, which has been rearranged by the company. This weekend will mark their first time performing it live with a symphony since the early ‘70s, when they first created the show in conjunction with the Vermont Symphony Orchestra. To make sure the musicians can follow the cuts, Victor Liva (below) has taken on some extra homework in preparing the parts. “We do maybe forty measures here, jump far in, and then go back and repeat sections,” he said. 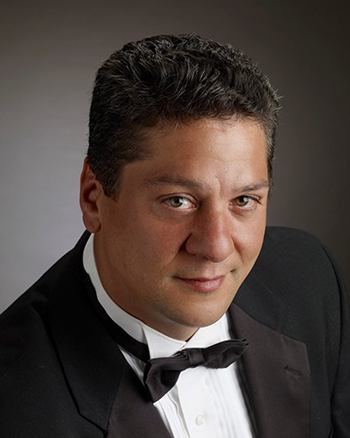 Both conductor and puppeteer hope that families will fill the audience. “I think there’s something for everyone: a visual component, enjoyable music, and a lot of storytelling,” Liva said. Syrotiak added, “It’s not just for young people or older people. I hope parents bring their four-year-old kids, and everybody up to the 92-year-olds comes in and sees the show.” 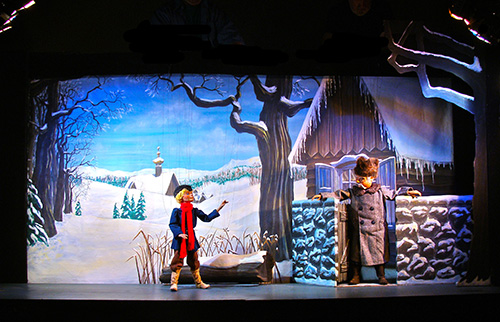 And how could I not take this opportunity to pick the brain of a puppeteer? Here we dive deep into the life of David Syrotiak, beginning with his childhood growing up the son of another puppeteer — his father, David Syrotiak Sr., founded National Marionette Theatre in 1967.

“When I was a kid, he was constantly out working,” the younger Syrotiak said. “I didn’t get a chance to see him that much over the course of the winter, so in the summertime he would take us on the road with him.” Us meaning Syrotiak and his siblings: two older sisters and a younger brother. “All of them at one point or another have toured with National Marionette Theatre — it’s a puppeteering family.”

And as Syrotiak said, that was it. “I got bit by the bug. I would play with the puppets and learn how they worked, and try to hang out with my dad as much as possible. Finally he said, ‘This is a piece of sandpaper — let me show you how to use it.’” 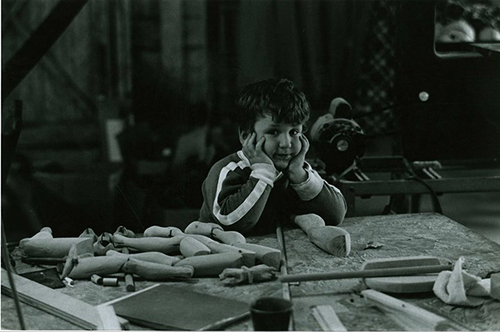 David Syrotiak around age 5, at the workbench with puppet parts for Peter and the Wolf.

Syrotiak made it clear that he didn’t feel forced into the profession by his father. “I had the option not to do it, but I loved to hang out with my dad and make stuff, so it was a lot of fun.” Now at age 53, he’s been all over Eastern and Western Europe, to South America, and across the United States on a zig-zagging road tour for the last 35 years, a number which made him stop and ask himself, “Wow, has it been 35 years?”

You can imagine that the puppetry world might at times feel a bit insular, and at one point, Syrotiak felt the need to take a hiatus. “I just wanted to see how people worked in the real world. I got myself a regular job and lived that life for two or three years, and I was like, ‘Nope, I’m going back to puppeteering.’”

By then, his father was in his 70s, and was ready to hand his son the strings to the business side of the company. “The performance itself is only about 25% of the effort that goes into booking a show,” Syrotiak said. “First you’re developing a contact, then you have to sell it to them, and after many emails back and forth, you finally come to contract. And it’s a small business, so you have to deal with everything else: taxes, infrastructure, logistics — all that fun stuff.”

At 82, Syrotiak Sr. remains artistic director of the Marionette Theatre. “He’s an amazing guy,” his son said. And the puppeteering family has only grown. Syrotiak’s wife Mariana and son Steven — a third-generation puppeteer — frequently perform with the company, as Mariana will this weekend. The story of how they got together is priceless.

“We met at an international puppetry festival in France, outside at a little bistro café,” Syrotiak said. “We were at opposite tables and she struck up a conversation, and lo and behold, we struck up a friendship, and then that friendship turned into something more — and here we are 22 years later.” 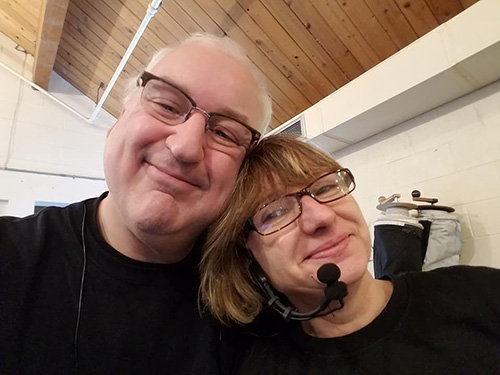 We also discussed the company’s particular style of puppetry: classical marionette theater. “We utilize what’s called a bridge stage, which means that we are on a scaffold above the set, working down onto the stage over a railing. All the backdrops are attached to the railing.”

David said that not many puppeteers tour with that arrangement anymore. “It’s time-intensive to set it up, strike it, and load it out again, and it requires a larger vehicle. Today, with the economy the way it is, most puppeteers are doing much smaller shows — three or four trunks. It’s all driven by dollars now, not by quality. But we still travel with the big stage so people can see what classical marionette theater looks like — not many people have seen it.”

The performers work in full view, though they’ll be dressed in black and wear black gloves, all against a black background. “For the first two or three minutes you’re kind of aware that we’re there. Then you get sucked into the story.”

National Marionette Theatre will return to Cleveland on Saturday, November 24 at 3:00 pm to perform Peter and the Wolf — without orchestra — at the Louis Stokes Wing Auditorium at the Cleveland Public Library.