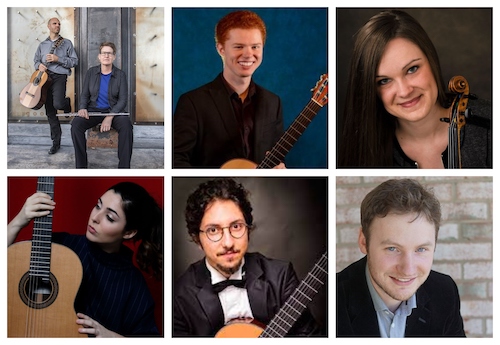 As we wait for the organization’s final three Creative Fusion videos to emerge in the last week of July and first week of August, the Cleveland Classical Guitar Society has made an announcement to tide us over: the lineup for this fall’s International Series, set to be presented in person.

The season opens with the free Showcase Concert on September 18 at the Maltz Performing Arts Center, featuring a triple billing of artists from around the region: the Gruca White Ensemble (guitarist Robert Gruca and flutist Linda White), guitarist Andy Poxon with violinist Jeanelle Brierley, and Cincinnati composer and guitarist Jeremy Collins.

That will be followed by solo recitals from Celil Refik Kaya (October 23) and Andrea González Caballero (November 20) at Plymouth Church in Shaker Heights. Tickets for those two events are available here.

Russian composer Anton Arensky, German flutist and composer Johann Quantz, and English composer and folksong collector George Butterworth turned up in the calendar last year on July 12. This year we’ll turn our attention to American clarinetist Richard Stoltzman, born on this date in 1942 in Omaha. 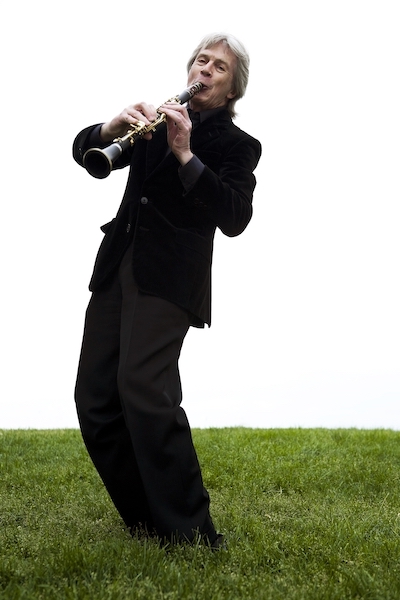 A two-time Grammy winner, Stoltzman has also achieved some important firsts among the woodwind family, and of his instrument in particular. He was the first wind player to be awarded the Avery Fisher Prize, and he gave the first clarinet recitals in the history of Carnegie Hall and the Hollywood Bowl. He’s also a rare breed as a solo clarinetist rather than an orchestral player.

Acclaimed in both the classical and jazz realms, for a long time Stoltzman struggled with being musically categorized. As he told Kathy Wilson of Cincinnati-based publication CityBeat in 2000, “When I was younger, RCA would say, ‘We have to figure out what bin you’re in.’”

Musicians who occupy multiple genres are often asked how they change gears when the time calls for it. “What I like to feel is that I don’t switch from a so-called Classical person to a Jazz person, but that I listen to what the composer is saying,” he told Wilson in that same interview.

On that occasion, Stoltzman was returning to Cincinnati, the city where he graduated high school (one of two significant regional connections — he’s also an Ohio State grad), to join the Cincinnati Symphony for Copland’s Clarinet Concerto, which moves from a smooth, elegant, and beautiful first movement to a jaunty, modernist, and jazz-influenced second, with a fascinating cadenza bridging the gap stylistically.

About that cadenza, he said, “…you turn around the corner, and that’s where Copland basically says, ‘Kick it up a notch.’ That changes how you’re going to play…how you’re going to use your tongue, your breath, your bravado.” Listening to the composer — and responding.

Click here to watch him perform that work with Michael Tilson Thomas and the London Symphony in 1993, in a recording full of incredible playing, engaging videography, and old-fashioned hairdos. (The cadenza begins at 6:25.)

Chamber music is what won Stoltzman both of his Grammys — in 1983, Brahms’ Clarinet Sonatas with pianist Richard Goode (listen to the first movement of No. 2 here), and in 1996, the Clarinet Trios of Brahms, Beethoven, and Mozart with pianist Emanuel Ax and cellist Yo-Yo Ma (first movement of the Brahms here).

END_OF_DOCUMENT_TOKEN_TO_BE_REPLACED

What was that strange din coming over the live feed from Ludwig Recital Hall on Friday evening, July 23, as the Miami String Quartet filed onstage to play the third faculty recital of the Kent Blossom Music Festival? Accustomed as we were during the pandemic ban on live audiences to hearing the sound of no hands clapping, it was both startling and thrilling to witness a large crowd putting their hands together to welcome one of the Festival’s perennial favorites back for an in-person performance. END_OF_DOCUMENT_TOKEN_TO_BE_REPLACED

Practical reasons aside, there aren’t many ensembles who can put together an all-Mozart evening as elegantly as The Cleveland Orchestra. END_OF_DOCUMENT_TOKEN_TO_BE_REPLACED