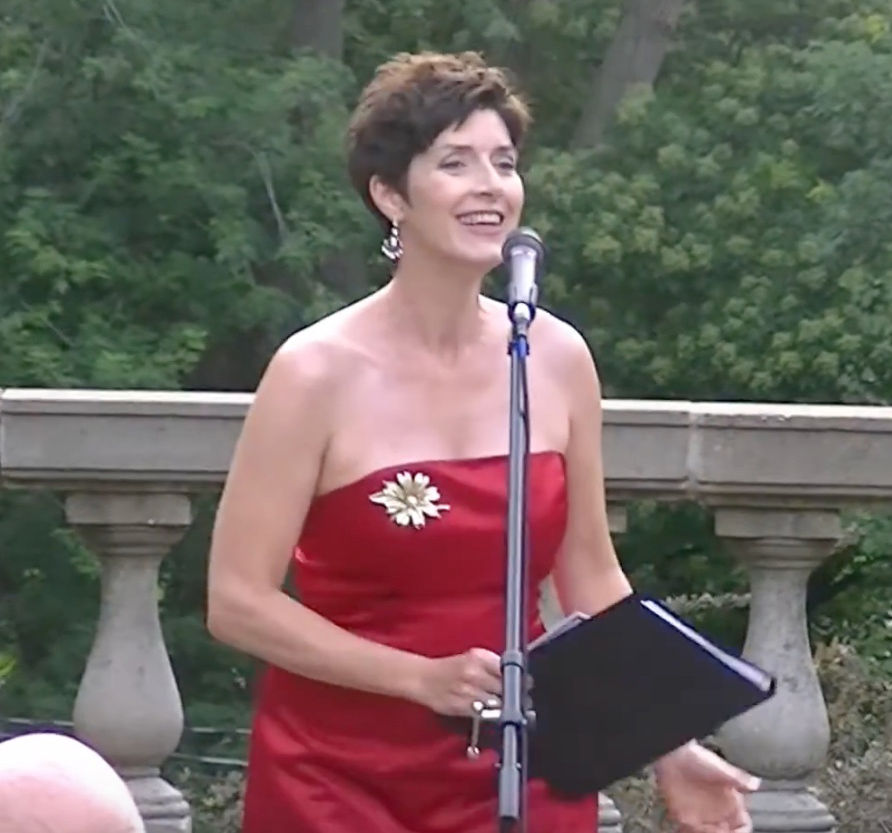 Because of the recent COVID surge, today’s noontime concert from the Church of the Covenant will be presented online only. At 12 Noon, organist Jonathan Moyer will play music for the Epiphany by Buxtehude, Lefébure-Wély, Jongen, Messiaen, and Tournemire. Click here to view a pdf of the program, and here to view the live streamed performance.

Jonah Schulz has written to inform us of the passing of his mother on January 1.

“Andrea Anelli (pictured), the beloved soprano and founder of Cleveland Opera Theater (originally Opera Per Tutti) and ContempOpera Cleveland, passed away at the age of 60.

“Andrea’s passion for opera kept the art form alive and thriving in Northeast Ohio. After founding Opera Per Tutti in 2006, Andrea performed many of Opera’s most classic roles making world class productions accessible to audiences in Gordon Square’s Cleveland Public Theatre, Cleveland’s Masonic Auditorium and as the creator of The Italian Cultural Garden’s annual “Opera in the Garden” concert.

“Her talent and work ethic was honored at Cleveland’s City Hall when she was presented with the Italian-American Heritage Award by Mayor Frank Jackson.

“After leaving Cleveland Opera Theater, Andrea founded ContempOpera Cleveland where she performed and produced the works of modern composers and brought opera into classrooms around Cleveland.”

Click here to read a statement from Cleveland Opera Theater, and here to view Anelli’s greeting to the audience before an Opera Per Tutti al fresco performance.

Apollo’s Fire has announced a job opening for full-time general manager of Cleveland’s Baroque Orchestra. Read about the position and download a detailed job description here.

Video applications are now being received through February 15 for the 2022 James Stroud National Classical Guitar Youth Competition, open to students ages 14-18. Semi-final and final rounds will be held in person at the Cleveland Institute of Music from June 2 through 5. The competition will award prize money totalling US$ 25,000. Click here for details.

Looking ahead, the Vienna Philharmonic has announced that frequent guest conductor Franz Welser-Möst will lead its New Year’s Concert for the third time on January 1, 2023.

And looking back to its December “Carols for Quire XI” programs, Quire Cleveland has made ten “videos” created from photos and a live audio recording of its December 4, 2021 concert at St. Ignatius of Antioch Church available here.

One important development to celebrate today in classical music history. In 1950, the Radio Corporation of America (RCA) announced that it would produce LPs — 33 1/3 rpm long playing records — following the lead established by Columbia Records in 1948.

These records would replace 78 rpm discs — made of an abrasive shellac compound and limited to about five minutes of recording time per side — with vinyl, and formerly wide grooves with “microgrooves,” extending playing time to 22 minutes per side.

The history of this development gets a bit complicated (RCA had attempted to bring out an earlier version in 1931 that failed), but suffice to say that the change from shellac to vinyl — with all the attendant technical details — was a boon for classical music.