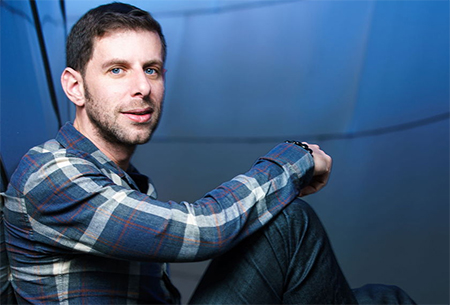 •Almanac: “June Is Bustin’ Out All Over,” the breeding season of sheep, and other topics in the letters of Oscar Hammerstein II

In the Times, Farah Nayeri explores how Boston Lyric Opera and the Royal Opera House “have taken a critical look at Madama Butterfly to correct its clichés, caricatures and anachronisms.”

And a U.K. politician was recently photographed attending a performance of Mozart’s The Marriage of Figaro at the Glyndebourne opera house — which led to controversy. Read Kyle Macdonald’s Classic FM article here. 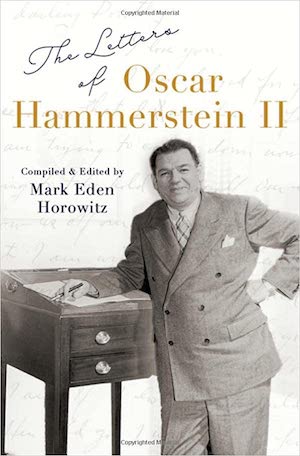 A 1,088-page book published earlier this year is a timely — if time-intensive — way to celebrate lyricist, librettist, and musical theater icon Oscar Hammerstein II, who was born on this date in 1895 in New York City.

Mark Eden Horowitz, a Senior Music Specialist at the Library of Congress, took the plunge into the Library’s collection of Hammerstein’s many correspondences: 25,000 letters. Of those, Horowitz transcribed “the best ones” — a mere 4,600.

And of those, the cream of the crop made the cut for The Letters of Oscar Hammerstein II — “letters that showcase not just the creative Hammerstein, but Hammerstein the businessman, the mentor, the activist, and occasionally, the corrector,” Bob Mondello writes in an article for NPR.

If a thousand-page book isn’t your idea of a good time (perhaps your copy of Infinite Jest is well-acquainted with a dustbunny or two), that article highlights a handful of interesting and often amusing letters.

One exchange centered around a falsehood in the song “June Is Bustin’ Out All Over” from Carousel, particularly in these lines:

The problem, as was pointed out to Hammerstein, is that sheep tend to mate only once a year: not in June, but in late autumn.

I was delighted with the parts of your letter praising my work, and thrown into consternation by the unwelcome news about the eccentrically frigid behavior of ewes in June. I have since checked your statement and found it to be true. It looks very much as if, in the interests of scientific honesty, I shall have to abandon the verse dealing with sheep.

A film version of Carousel was released in 1956. Watch the clip featuring “June Is Bustin’ Out All Over” here.

Franz Schmidt’s Symphony No. 4 showcased the ensemble, under guest conductor Jonathan Berman, in the standard conventions of a not-so-standard piece. But at the start of the program, the musicians were equal partners to pianist Cédric Tiberghien, whose playing could be as bold as the full orchestra or as intimate as any instrumental solo. END_OF_DOCUMENT_TOKEN_TO_BE_REPLACED

END_OF_DOCUMENT_TOKEN_TO_BE_REPLACED

Jackson began the program with a recitation of Langston Hughes’ poem “Helen Keller” — the first of five poems by Hughes that served as interludes between each piece on the first half. END_OF_DOCUMENT_TOKEN_TO_BE_REPLACED

Pianos with pins and tape on strings, a bass drum and tam tam, crotales, Almglocken, and vibes. Microphones were hooked up all around the instruments. The feed was sent to speakers around the room. Lighting designer Nicholas Houfek hung incandescent globes over the arrangement of instruments from thin black wires stretching across the beams. END_OF_DOCUMENT_TOKEN_TO_BE_REPLACED

From the podium, Elim Chan set an ambitious tone for the evening. The rising star conductor, here in her Cleveland Orchestra debut, has a commanding style, and every twist and turn in Saturday’s performance tracked closely with her baton. END_OF_DOCUMENT_TOKEN_TO_BE_REPLACED