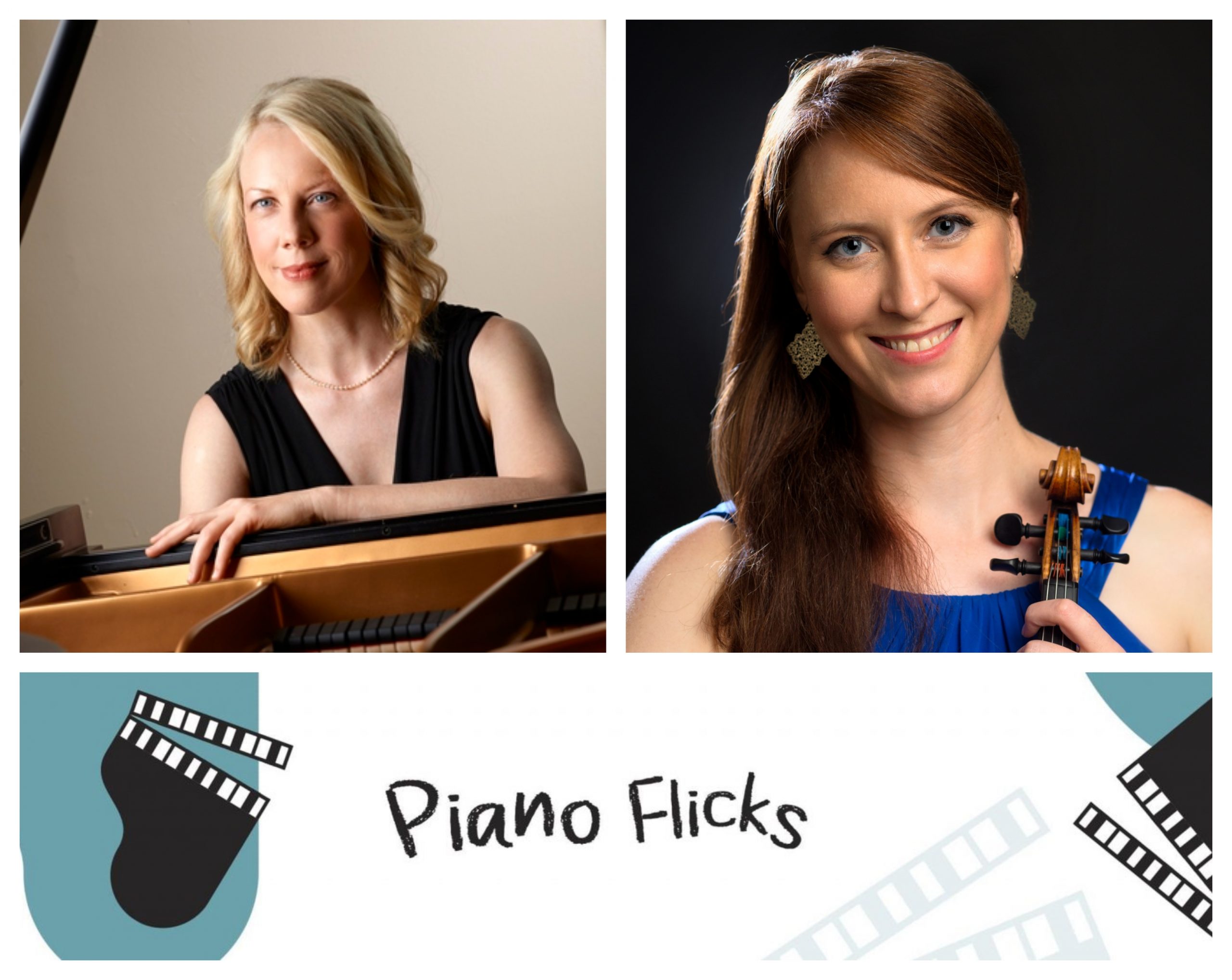 It’s an unusually busy Wednesday in Northeast Ohio’s classical music scene, with two events in the afternoon and five at night.

At 12:15 in Youngstown, catch a Dana School of Music faculty recital from violinist Wendy Case and pianist Caroline Oltmanns, or in Cleveland hear organist Robert Myers at Trinity Lutheran.

The evening kicks off with a new feature from Piano Cleveland at 7:00 online — a video contest by the name of PianoFlicks showcasing some outside-the-box thinking as pianists re-imagine the presentation of classical music. Plus, you can cast your vote for the Audience Prize. Read Mike Telin’s preview article here.

7:30 is the busiest hour of the day, as pianist Jean-Louis Haguenauer of Indiana University gives a master class at Oberlin, the University of Akron presents its Collage 2021 program featuring all different components of its music department, and back in Oberlin the Sacred Heart Concert Series presents music for string quartet, solo viola, and solo piano, including a premiere by Benjamin Martin.

Finally, capping off the day at 8:00, sit back and turn on the radio (or go online) for a retrospective of BW Bach Festival B-minor Mass broadcasts on WCLV, 104.9 FM.

Somehow make it to a moment of all of those, and you get a prize: a speeding ticket.

Details about all those events in our Concert Listings.

Two film-score concerts intended for Blossom 2020 are back from the dead. The 2022 edition of the festival will include screenings of the first outing in the Lord of the Rings series (Fellowship of the Ring) and the second from Harry Potter (Chamber of Secrets). The music — by Howard Shore and John Williams, respectively — will of course be played all the way through by The Cleveland Orchestra. Tickets go on sale November 2, with pre-sale now underway. (The complete Blossom season will be announced early next year.)

“My first score for The Lord of the Rings trilogy, The Fellowship of the Ring, was the beginning of my journey into the world of Tolkien and I will always hold a special fondness for the music and the experience,” Shore has said of writing that music.

And how does that process even work? In an interview with Daniel Hathaway in 2016, conductor Richard Kaufman marveled at what film composers do.

“When they sit there watching a film, looking at a blank sheet of music paper, who knows what’s going through their heads? How did John Williams come up with those two notes in Jaws? As a studio violinist who played on that film, I think it’s amazing how composers can elicit terror from the audience in such a subtle way.”

On a very different topic, as former Young Writer Fellow for ClevelandClassical.com Jeremy Reynolds writes in The Pittsburgh Post-Gazette, “The debate over vaccines is roiling the arts” — and his focus is trained on a big orchestra in the Steel City. Read his article “COVID-19 vaccine mandate leaves some Pittsburgh Symphony musicians banned from the stage.”

Last year, Daniel Hathaway authored a deep dive into October 27 in music history, covering four notable comings and goings, and beginning with a truly inspiring story: that of German organist and composer Helmut Walcha, born on this date in 1907.

Blind from the age of 19, Walcha (pictured below) went on to hold posts as assistant organist at the Thomaskirche in Leipzig, the Friedenskirche in Frankfurt am Main, and finally the Dreikönigskirche, also in Frankfurt, where he remained until his passing in 1991. 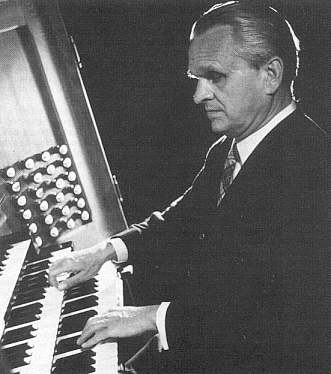 Walcha learned complex organ works — including the entire output of J.S. Bach, which he recorded twice — by having his wife play short phrases which he immediately memorized. One of his many students, George Ritchie, recounts that process here.

Walcha’s recordings employed a number of historical organs. Click here to listen to J.S. Bach’s Passsacaglia et thema fugatum on the Arp Schnitger instrument in the St. Laurenskerk in Alkmaar, the Netherlands, and here for Walcha’s interpretations of music by Vincent Lübeck and Nikolaus Bruhns on the Schnitger at the Church of St. Peter and St. Paul, Cappel, in Lower Saxony — an instrument rusticated there from Hamburg whose pipework escaped being melted down during World War I because the country roads were impassable.

On this date in 1782, Italian composer and guitar and violin virtuoso Niccolo Paganini was born in Genoa. In spite of chronic illnesses, he became the premier violin soloist of his day. Although the guitar was his constant companion on concert tours, Paganini regarded it as a private instrument better suited for playing with friends.

His superhuman technique led to rumors that he had made a pact with the Devil, a superstition that delayed a Catholic burial for some 36 years after his death in 1840. That technique is preserved in his famous 24 Caprices. Canadian violinist James Ehnes brings his own splendid technique to No. 24 here, recorded by the CBC at a recital in Koerner Hall at the Royal Conservatory in Toronto.

October 27 marked the birth in 1927 of American composer Dominick Argento in York, Pennsylvania. The composer of 14 operas and a great swath of choral music, Argento divided his time between the U.S. and Italy (he spent part of each year in Florence), finally moving to the Twin Cities in 1958, where he established a long professional relationship with Plymouth Church and its music director Phillip Brunelle. Brunell talks about that in the first episode of Musical Moment.

The University of Maryland devoted ten days in 2012 to a celebration of Argento’s vocal works, including the first performance of the composer’s Cabaret Songs. Watch a behind-the-scenes video here.

Finally, German composer Hans Werner Henze died on October 27, 2012. Christoph von Dohnányi returned to town in February, 2013 to lead The Cleveland Orchestra in Henze’s Adagio, Fugue, and Mänadentanz, an arrangement of part of the third act of the opera The Bassarids (read our review here), and Franz Welser-Möst led the orchestra in Henze’s Il Vitalino raddoppiato with violinist Julia Fischer in May, 2017 (reviewed here).

Probably Henze’s most famous work, Das Floß der Medusa, a requiem for Che Guevara based on the Géricault painting, was produced in Hamburg in 2017. Watch here.

Music director and conductor Daniel Meyer built his playlist around Cleveland themes and scenes. “Exploration CLE” made use of engaging selections from the classical canon and beyond that celebrated “what makes Cleveland so special.” Happily, he and his musicians avoided constructing a visual slide show, choosing to let the music speak for itself. END_OF_DOCUMENT_TOKEN_TO_BE_REPLACED

You could see the relationship at work on a practical level. Repertoire for two players at the same piano requires a certain choreography. There’s just one of each pedal to share, and the hand crossings left and right — which can be so fun to watch a soloist pull off — get more complicated when another person’s involved. At times, Pompa-Baldi drew a hand away from the keyboard and into his body, making room for Friscioni, and at the close of a few delicate phrases, the two were crouched together over the same final notes at one end of the instrument. END_OF_DOCUMENT_TOKEN_TO_BE_REPLACED

The signature sounds of these famous film scores are not so much John Williams’ invention as allusions to other classical pieces. The foreboding half-step from Jaws, growing more and more furious in the cellos and basses, shares something with Dvořák’s “New World” Symphony and Bartok’s Miraculous Mandarin. END_OF_DOCUMENT_TOKEN_TO_BE_REPLACED