Memorial Day — which fell as early on the calendar as it possibly can this year — traditionally marks the transition to summer. As we look forward to June and beyond, what’s in the forecast for the classical music scene in Northeast Ohio?

The avalanche of pandemic cancellations that began in mid-March and effectively brought an end to live performances for the rest of 2019-2020 has been replaced with a long list of summer events that won’t take place as usual.

Summer educational programs? Encore Chamber Music at Gilmour Academy — scheduled to take place in the school’s new performing arts center — has moved to 2021. Oberlin’s Baroque Performance Institute is being held online and reduced to one week. Kent/Blossom Festival is cancelled. The Sphinx Performance Academy has moved online from July 25-August 8. 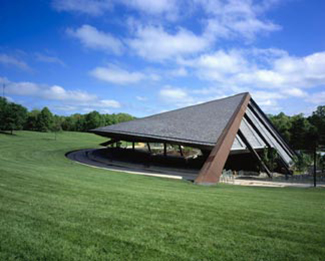 Tri-C JazzFest? Cancelled, but a live-streamed event featuring local musicians is in the works. The Cleveland Orchestra’s Blossom Festival, Summers@Severance, and Star-Spangled Spectacular? No go for 2020.

And other summer programs — CIM’s Lunch and Listen, Music in the Circle, M.U.S.i.C. Summer Cabarets, summer parks concerts — are yet to be announced, or are biding their time waiting for guidance from local health authorities.

COVID-19 continues to interrupt our accustomed rituals, and a return to events that will allow significant gatherings of people is on a very distant horizon. With so much conflicting information about exactly how the virus can be transmitted, and a continuing leadership vacuum on the national level, it’s up to state and local authorities, presenters, and musicians to make plans up as they go along.

During the last two months, we’ve grown more or less accustomed to virtual events of widely varying quality. Some organizations have dug into their video archives to keep us supplied with quality material to watch and enjoy during the lockdown that now continues under more relaxed protocols, while others are exploring ways to keep live performances moving ahead in ways that can also produce revenue.

Music and Art at Trinity Cathedral has scheduled three real-time concerts to be live-streamed without audiences present. The first two, on June 6 and July 31, will present Cleveland Orchestra principal cello Mark Kosower in “Bach for Humanity,”  all six of J.S. Bach’s unaccompanied suites over two programs. The third, on September 18, will offer music by composers that music director Todd Wilson calls “The Three B’s: Boulanger, Brahms, and Britten,” featuring organist Nicole Keller, violinist Andrew Sords with pianist Elizabeth DeMio, and countertenor John McElliott with tenor JR Fralick and Wilson at the piano. While the three concerts will be free, donations will be accepted to be divided equally between the performers’ fees and COVID-19 musicians’ relief.

Exploring the feasibility of charging for live-streamed events, Armin Kelly’s Cleveland International Classical Guitar Festival will present Colin Davin and Jason Vieaux in solo sets on June 6 for a $10 fee, with other performances by Festival artists to be announced.

ClevelandClassical.com will keep you informed about developments in Northeast Ohio through our daily Diary postings, our Concert Listings (including national and international events that have some link to our region), our previews, features, and reviews, and Tuesday Newsletter. Check in frequently — things can change from day to day.

If the pandemic has taught us anything, it’s that classical music is livelier and more vital than its doomsayers have been telling us. In a recent Wall Street Journal article, “The Unstoppable Power of Music,” Barbara Jepson concludes that “music is engaging more people right now than most other art forms.”

Top photo of the Blossom lawn by Roger Mastroianni.

Over the past few years, Brian Giebler has visited Northeast Ohio in settings both orchestral and choral, and with repertoire as diverse as Stravinsky, Bach, and the local premiere of a new work. In his impressive solo recording debut a lad’s love, released on Bridge Records, the New York City-based tenor turns his focus to British songs from the first half of the 20th century — a mix of cycles and individual works — and tops off the playlist with a touch of the modern. END_OF_DOCUMENT_TOKEN_TO_BE_REPLACED

To steal a phrase from the third-century Greek philosopher Sextus Empiricus, the mills of the gods grind slowly, but they grind exceedingly fine. The same goes for Deutsche Grammophon. It’s been a dozen years since they were recorded in Hamburg in 2009, but the German company has now issued fifteen Rachmaninoff piano pieces magnificently and poetically played by Sergei Babayan. END_OF_DOCUMENT_TOKEN_TO_BE_REPLACED

END_OF_DOCUMENT_TOKEN_TO_BE_REPLACED

After considering all its options, Cleveland’s period ensemble Les Délices decided to fully embrace the idea of creating pre-recorded “shows” in the place of live, in-person performances this season. END_OF_DOCUMENT_TOKEN_TO_BE_REPLACED

END_OF_DOCUMENT_TOKEN_TO_BE_REPLACED

For those who crave coherence in a concert, consistent instrumentation can help. For those who want a sense of progression, starting with shorter or older pieces and moving toward more extended or contemporary works makes for a sound strategy. Those who value both would love the sort of program that Idaho’s Sun Valley Music Festival assembled for its recent program Strings and Mallets on Tuesday, August 4. Although produced under the Sun Valley banner, the performances were recorded remotely in several locations. END_OF_DOCUMENT_TOKEN_TO_BE_REPLACED