Notable for the inclusion of texts from John Bunyan’s A Pilgrim’s Progress, the song Kennst du das Land by Johann Wolfgang von Goethe, and an excerpt from one of Alcott’s own thrillers, Adamo’s libretto for the opera is set entirely in rhymed couplets. The composer has also used two distinct styles of music to set different aspects of the drama. In his notes, Adamo writes,

“I wanted two scores: a character music which made the emotional journeys of the characters everywhere clear and traceable, in bold relief against a narrative music as distinct as I could make it from the thematic foreground.”

The character music is lyrical and tonal, the narrative music written in twelve-tone style based on a row of notes first heard in the horn during the Prologue.

Though executive director Melissa Davis, who will also sing the role of Amy March, was unable to schedule an interview because of her rehearsal schedule, she graciously agreed to answer some questions about Nightingale’s production by email. 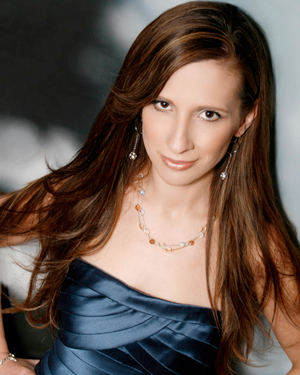 Daniel Hathaway: How did you decide to produce Little Women? What made this title a good fit for Nightingale Opera Theatre?

Melissa Davis: Over the years, I had the pleasure of hearing particular arias from the opera sung by various colleagues and students. I was always intrigued. After researching the opera a bit and listening to it in its entirety, I knew that this was a remarkable work of art. Exposing our community to the works of living composers is part of Nightingale Opera Theatre’s multifaceted mission. It is also our hope that choosing an opera based on a classic literary masterpiece will entice attendance from a large audience.

MD: Adamo is very specific about his intentions for the piece. He marks the score with great detail. Marla has stayed very true to his libretto and his markings. The opera is centered around Jo March’s character. The plot unfolds over a series of flashbacks in time. There are scenes, however, in which depictions of Jo’s thought and imagination are in the present, as depicted in the original Houston Grand Opera production. Each character strikes their own reality. Their struggles and ultimate evolution to adulthood stay true to Adamo’s libretto and to Louisa May Alcott’s novel. 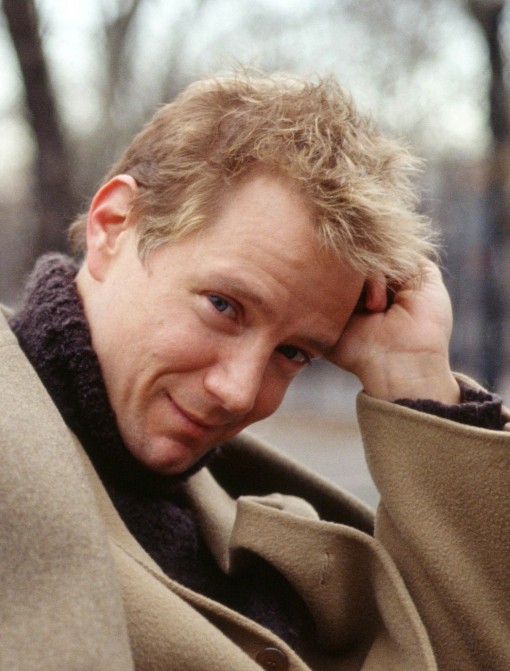 DH: Adamo uses different styles for character music and narrative. Is this a challenge for director and singers? How well do you think the contrasting styles work? And the rhymed couplets?

MD: I think Adamo’s ideas are very much driven by text and the emotion behind the perceptions of the characters. I think the contrasting styles only enhance and clarify the point that Adamo is trying to make, thus making it easier for the singer/actor and director to understand his intentions. At times the libretto has a poetic feeling, especially during dramatic moments, and the rhymed couplets seem to fit so perfectly that we had actually not thought much about it until you asked!

DH: Little Women could be thought of by some as a“chick opera.” Does it have a strong appeal for men as well as women?

MD: Although the main characters are female, their experience of grief, sorrow, love, and happiness transcend any gender barriers. The male characters are rich, complex and integral to the story as well. Professor Bhaer, for instance, has ideas that would have been so ahead of his time. Note to all: this is not a romantic comedy — while “chick flicks” may be a real term in movie theaters, we find it less applicable to the world of opera!

DH: Are you using instrumentalists or piano?

MD: We are using a piano again this year. The performance is at Barlow Community Center in Hudson, where we performed two summers ago. Having an orchestra in that space is extremely difficult. Instead we have opted for a beautiful Steinway, a stellar pianist (Richard Jeric) and a wonderful conductor (John Simmons).

DH: Why do you think the Adamo piece has had such a terrific performance history since its premiere?

MD: As I mentioned earlier, this piece is truly a modern masterpiece. You will laugh, you will cry, and you will be completely moved by this beautiful work.

Jackson began the program with a recitation of Langston Hughes’ poem “Helen Keller” — the first of five poems by Hughes that served as interludes between each piece on the first half. END_OF_DOCUMENT_TOKEN_TO_BE_REPLACED

Pianos with pins and tape on strings, a bass drum and tam tam, crotales, Almglocken, and vibes. Microphones were hooked up all around the instruments. The feed was sent to speakers around the room. Lighting designer Nicholas Houfek hung incandescent globes over the arrangement of instruments from thin black wires stretching across the beams. END_OF_DOCUMENT_TOKEN_TO_BE_REPLACED

From the podium, Elim Chan set an ambitious tone for the evening. The rising star conductor, here in her Cleveland Orchestra debut, has a commanding style, and every twist and turn in Saturday’s performance tracked closely with her baton. END_OF_DOCUMENT_TOKEN_TO_BE_REPLACED