Since its founding, the inimitable new music ensemble No Exit has regularly given a voice to area composers, and the ensemble will continue that tradition with its upcoming Cleveland Composers Series. The program spotlights five new works by composers who are recognized for their singular and distinctive voices.

On Friday, November 30 at 8:00 pm at Cleveland State University’s Drinko Hall, No Exit will be joined by special guest Patchwork Duo — Noa Even, saxophone, and Stephen Klunk, drum set. The evening will include works by James Praznik, Colin Holter, Hong-Da Chin, Ty Emerson, and Timothy Beyer. The program will be repeated on Saturday, December 8 at 3:00 pm at the Bop Stop and Friday, December 14 at 8:00 pm at SPACES. As always, the concerts are free.

“For a long time, composers have sought inspiration from finding connections between music and other mediums of art,” No Exit artistic director Timothy Beyer said during a telephone conversation. “This series of concerts features a few works that fit that bill.”

Beyer pointed out that the impetus for Chin’s The Arc of a Tear is a poem by 20th-century Chinese poet Gu Cheng. He said that Emerson’s Darkling, I Listen was inspired by — and uses text from — Ode to a Nightingale by English Romantic poet John Keats. Beyer’s own work, She Was My Only Child, takes both its namesake and subject matter from a 1946 painting by Pittsburgh-based artist Louise Pershing.

He called the other two works on the program spellbinding. “Praznik’s Screaming Songs delves into the notion of virtuosity in a unique and rewarding way, while Holter’s Pallor deftly explores a new sonic landscape, combining electronic sounds with live acoustics.”

How did Beyer discover Louise Pershing? “I stumbled upon her,” he said. “I’ve always been interested in the fine arts, and especially works by regional artists. They are often first-rate, but don’t always get a lot of attention from outside the their home base. I do think that in Pittsburgh, Louise is a name to be reckoned with in that period and style.” 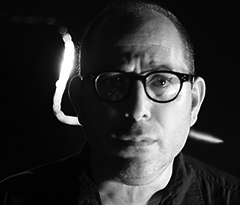 Beyer noted that his 12-minute piece is not meant to be a literal depiction of Pershing’s work. “The painting is stunning,” he said. “It’s clearly about the loss of life, and She Was My Only Child is simply inspired by it.”

During a separate conversation, James Praznik said that the idea for Screaming Songs came about while he was reflecting on past musical experiences he thought were beautiful.

“Many years ago, I was part of an improvisational piano and saxophone duo, and we would accompany silent films. The sax player had only been playing the instrument for about two months when we started the project, so he invented his own way of playing. It was an interesting juxtaposition between me with a solid foundation and him playing his instrument in an unusual way. He would scream into it, use multiphonic fingerings — all sorts of things.”

Praznik said that he remembered thinking how much fun that project was. He also realized that he had included some of those elements in pieces he had written over the past several years. “I thought for this piece, since we’re teaming up with Patchwork, what could I do to capture this idea of what brings me the most joy? I could write a piece where all of the gestures from the instruments are representations of extreme register effects. And find a way so that each person has to reinvent their own idea of virtuosity and find this unusual voice throughout the piece.” 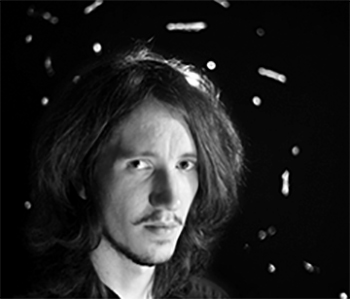 How does Praznik define virtuosity? “I think that virtuosity is synonymous with freedom — the freedom to express anything to the fullest extent that one can. It’s also the idea that we can express something about who we are from having spent so much time with an instrument.”

Praznik said that he has enjoyed writing for saxophone, something he has not done for a long time. Has he written for drum set? “No, never. The closest I got is that I was a percussionist during my formative years — school bands and orchestras don’t usually have a big need for a pianist. When I’ve arranged some jazz pieces for No Exit, I’ve included drum set, but I would just give instructions. This is my first classically-notated piece.”

Since Praznik is an original member of No Exit — as is most of the ensemble — I asked him how it feels to be celebrating the group’s tenth anniversary.

“The best way for me to sum it up — this goes back to the time when we were still only a piano quartet, and we took a trip to Prague to play at the Dvořák House. At that time I was thinking about how players come and go in other ensembles. I would ask Tim about that. He has always been of the opinion that he should treat the group like we are a family. And I feel that everyone has an equal say in everything that goes on. We all really care about each other, and I think that has created an atmosphere where people just want to stay and be a part of it.”

END_OF_DOCUMENT_TOKEN_TO_BE_REPLACED

Rodgers & Hammerstein’s Cinderella was originally produced for television in 1957 — seven years after the animated Disney film was released — and starred Julie Andrews. According to the Rodgers & Hammerstein website, it was viewed by over 100 million people. END_OF_DOCUMENT_TOKEN_TO_BE_REPLACED

The story line has its origin in an 1855 play and an 1842 farce that Thornton Wilder mined for his 1938 play The Merchant of Yonkers. When that turned out to be a flop, in 1954 Wilder made the crucial decision to re-center the show around the character of the legendary marriage broker Dolly Gallagher Levi and renamed it The Matchmaker. END_OF_DOCUMENT_TOKEN_TO_BE_REPLACED

The Dodero Center for the Performing Arts at the Gilmore Academy in Gates Mills is one feature of an impressive campus. The auditorium is shallow, the stage is deep, and the ensemble played without a shell. Throughout the program, the sound, especially in instruments’ lower registers, tended to disappear. END_OF_DOCUMENT_TOKEN_TO_BE_REPLACED