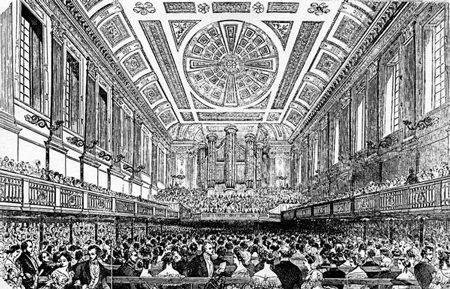 On Saturday, May 6 at 8:00 pm, Christopher Wilkins will conduct the Akron Symphony and the combined voices of the Akron Symphony Chorus, the Summit Choral Society’s Masterworks Chorale, and the University of Akron choruses, prepared by Marie Bucoy-Calavan, in Mendelssohn’s famous oratorio. END_OF_DOCUMENT_TOKEN_TO_BE_REPLACED

Since The Cleveland Orchestra’s In Focus programs run about an hour each, it seems odd to label Alisa Weilerstein’s program of J.S. Bach’s six solo cello suites — three hours’ worth of music and commentary — merely as a “bonus” episode. Whatever the packaging, her recordings from Severance Hall that debuted on the Adella platform on February 18 add yet another distinguished set of performances to the many we’ve been able to enjoy over the years — and especially during the early days of COVID-19, when streaming performances of the Suites became something of a cottage industry among quarantining cellists. END_OF_DOCUMENT_TOKEN_TO_BE_REPLACED

END_OF_DOCUMENT_TOKEN_TO_BE_REPLACED

Their fourth subscription concert, Games and Grounds, which premiered on February 18 and will be available through March 1, finds the members of Les Délices in top form and, if anything, more communicative with their audience than ever before, thanks to the digital magic of Erica Brenner and her audio/visual production team that includes Elaine Martone, Andrew Tripp, and Mathias Reed. END_OF_DOCUMENT_TOKEN_TO_BE_REPLACED