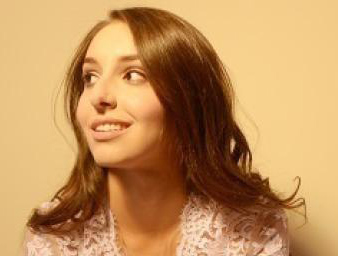 The nice thing about cultural density is that you can catch more than one concert in an afternoon without much travel or downtime. On Sunday, October 13 at 2:00 pm, the Tri-C Classical Piano Series brought 17-year-old Mexican pianist Daniela Liebman to Gartner Auditorium at the Cleveland Museum of Art. Then at 4:00 pm, Church of the Covenant organist Jonathan Moyer celebrated his first decade in Cleveland with a recital using both of the organs in the nave. Beautiful fall weather in University Circle both enhanced the experience and took its toll on audiences. END_OF_DOCUMENT_TOKEN_TO_BE_REPLACED 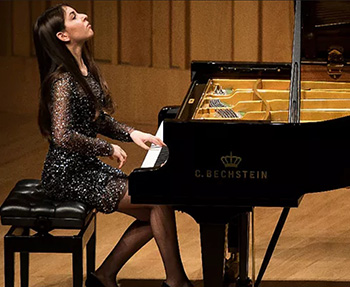 She was fourteen when she first played on the Tri-C Classical Piano Series in 2016. Three years later, Mexican pianist Daniela Liebman returns for a free recital of works by Beethoven, Debussy, Prokofiev, and Chopin on Sunday, October 13 at 2:00 pm in Gartner Auditorium at the Cleveland Museum of Art.

The original invitation to play in 2016 came through Antonio Pompa-Baldi. “He was on the jury when I won the Russian Piano Competition in California at the age of nine,” Liebman said by telephone from Fort Worth, Texas. “I came to Cleveland to study with him for a couple of months, and I was delighted that he and Emanuela Friscioni invited me to play on the Tri-C series.”

Born in Guadalajara to an American father and Mexican mother, Liebman began studying the piano at a young age. “My dad’s a violinist who graduated from Eastman, but he ended up going into business. He started me on piano at the age of five. END_OF_DOCUMENT_TOKEN_TO_BE_REPLACED

END_OF_DOCUMENT_TOKEN_TO_BE_REPLACED

Rodgers & Hammerstein’s Cinderella was originally produced for television in 1957 — seven years after the animated Disney film was released — and starred Julie Andrews. According to the Rodgers & Hammerstein website, it was viewed by over 100 million people. END_OF_DOCUMENT_TOKEN_TO_BE_REPLACED

The story line has its origin in an 1855 play and an 1842 farce that Thornton Wilder mined for his 1938 play The Merchant of Yonkers. When that turned out to be a flop, in 1954 Wilder made the crucial decision to re-center the show around the character of the legendary marriage broker Dolly Gallagher Levi and renamed it The Matchmaker. END_OF_DOCUMENT_TOKEN_TO_BE_REPLACED

The Dodero Center for the Performing Arts at the Gilmore Academy in Gates Mills is one feature of an impressive campus. The auditorium is shallow, the stage is deep, and the ensemble played without a shell. Throughout the program, the sound, especially in instruments’ lower registers, tended to disappear. END_OF_DOCUMENT_TOKEN_TO_BE_REPLACED