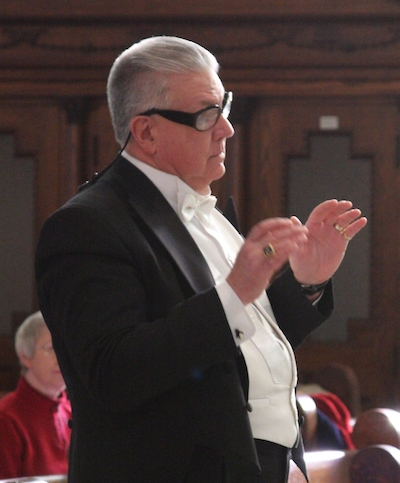 On Friday evening, February 14, we lost a great, Dr. J.D. Goddard. We have many teachers who influence our decisions, but there is always one who helps solidify what we want to do with our lives. J.D. was mine.

I first met J.D. when I was in high school. Nancy Ulrich,  my voice teacher at the time, told me about a choir she sang in: Master Singers Inc., of which J.D. was the Founder and Artistic Director. Nancy and I recorded an audition tape to send to J.D. He accepted me and told Nancy to bring me along to rehearsals. My first meeting with J.D. was probably typical — I was intimidated by his tall stature, but immediately put at ease by his calm and caring nature.

The first concert I sang with the group was the Verdi Requiem. I was 14 years old. Throughout high school and the beginning of college, I got to sing some of the greatest pieces of choral literature: Brahms’ and Mozart’s Requiems, Vierne’s and Widor’s Messes Solennelles, Rossini’s Petite Messe Solennelle, Bernstein’s Chichester Psalms, Schumann’s Requiem, Rossini’s Stabat Mater, and the list goes on and on. END_OF_DOCUMENT_TOKEN_TO_BE_REPLACED

END_OF_DOCUMENT_TOKEN_TO_BE_REPLACED 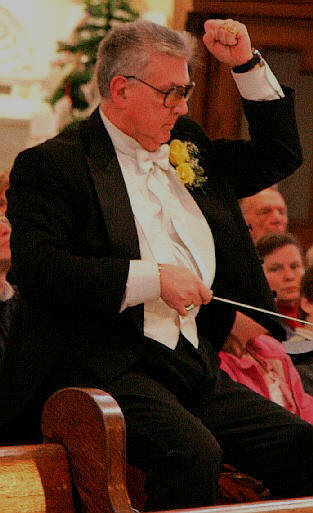 For his final performance with Master Singers Inc., the Akron-based chorus he founded 17 years ago, conductor J.D. Goddard will lead two of his all-time favorite works by Johannes Brahms — the Fourth Symphony and A German Requiem. The free concert, featuring some 70 singers and full orchestra, will take place on Sunday, August 12 at 3:00 pm in SS. Cosmas and Damian Church in Twinsburg.

Goddard and his singers have logged some impressive statistics over the years, having performed 61 major works, 71 world premieres, and 22 American premieres. “That’s what I set out to do,” the 73-year-old conductor said in a telephone conversation. “All I wanted to perform was classical choral literature and world premieres. There are many very good choral organizations out there that do pops and barbershop — far more than sing classical music— but I tell people up front that our motto is ‘preserve the past and premiere the future of classical choral literature.’ Come sing with us and see if that’s for you.”

The conductor’s invitation to ‘come sing with us’ is one of Goddard’s guiding principles. “We have an open-door policy and there are virtually no auditions,” he said. “Some conductors want to audition people out, but we audition to include, not exclude.” That system seems to have worked for nearly two decades, and to some extent, his singers self-select themselves. “The majority of people who come and sit in on a rehearsal don’t come back because they realize it really is just classical music.”

END_OF_DOCUMENT_TOKEN_TO_BE_REPLACED

For most people, the name Antonio Salieri denotes mediocrity envious of genius, and is inextricably (and unfavorably) associated with Mozart. In Pushkin’s play Mozart and Salieri, Rimsky-Korsakov’s opera of the same name, Peter Shaffer’s play Amadeus and its film adaptation, Salieri is depicted as a jealous composer who poisons Mozart after being upstaged by him.

But Salieri was a popular composer in his own right, and the mythology surrounding his relationship to Mozart has probably been exaggerated. His operas were widely known in Europe in the late eighteenth and early nineteenth centuries, and he was a well-regarded teacher of composition whose students included Liszt, Schubert and Beethoven.

You can evaluate Salieri and his music on their own terms at St. Paul’s Episcopal Church in Akron on August 3, when the Master Singers Chorale and Strings present his Requiem in c minor under the direction of J.D. Goddard. END_OF_DOCUMENT_TOKEN_TO_BE_REPLACED

END_OF_DOCUMENT_TOKEN_TO_BE_REPLACED

Rodgers & Hammerstein’s Cinderella was originally produced for television in 1957 — seven years after the animated Disney film was released — and starred Julie Andrews. According to the Rodgers & Hammerstein website, it was viewed by over 100 million people. END_OF_DOCUMENT_TOKEN_TO_BE_REPLACED

The story line has its origin in an 1855 play and an 1842 farce that Thornton Wilder mined for his 1938 play The Merchant of Yonkers. When that turned out to be a flop, in 1954 Wilder made the crucial decision to re-center the show around the character of the legendary marriage broker Dolly Gallagher Levi and renamed it The Matchmaker. END_OF_DOCUMENT_TOKEN_TO_BE_REPLACED

The Dodero Center for the Performing Arts at the Gilmore Academy in Gates Mills is one feature of an impressive campus. The auditorium is shallow, the stage is deep, and the ensemble played without a shell. Throughout the program, the sound, especially in instruments’ lower registers, tended to disappear. END_OF_DOCUMENT_TOKEN_TO_BE_REPLACED