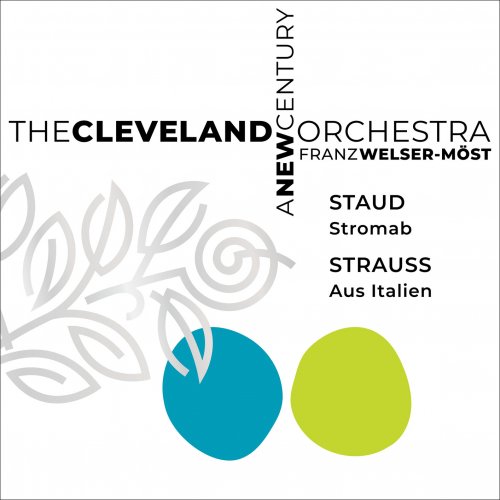 From Franz Welser-Möst and The Cleveland Orchestra comes A New Century, a three-disc, live album that inaugurates the ensemble’s new record label. Each disc matches a newer work with an older one, and in Volume Two, we find another fascinating pairing: one piece written after a trip to Italy, the other born out of a horror story.

END_OF_DOCUMENT_TOKEN_TO_BE_REPLACED 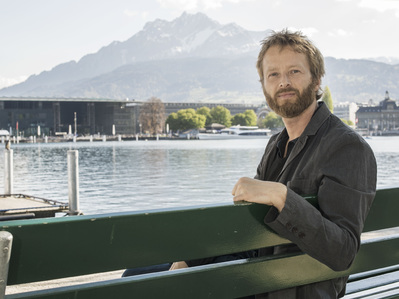 This weekend, music director Franz Welser-Möst and The Cleveland Orchestra will precede their Thursday and Saturday performances of Mahler’s Symphony No. 9 with the Cleveland premieres of Austrian composer Johannes Maria Staud’s Stromab. The 15-minute work was co-commissioned by The Cleveland Orchestra, who will take it to New York’s Stern Auditorium at Carnegie Hall on January 23. Staud was named by Welser-Möst as the Orchestra’s Daniel R. Lewis Young Composer Fellow for the 2007-08 and 2008-09 seasons.

Thanks to the resources of the internet, it’s possible to do a bit of prepping to hear such a new work before taking your seat in Severance Hall — when many patrons will have their first opportunity to read the notes in the program book. Here’s your opportunity to do a little homework before the downbeat.

Staud’s work, which translates as “Downstream,” is based on The Willows, a 1907 horror tale by the British author Algernon Blackwood. END_OF_DOCUMENT_TOKEN_TO_BE_REPLACED

END_OF_DOCUMENT_TOKEN_TO_BE_REPLACED

A new CD by Christa Rakich, who is currently Visiting Professor of Organ at the Oberlin Conservatory, gives a nod in two directions. As its title announces, it’s an homage to her former teacher and colleague, the late Yuko Hayashi, longtime professor at the New England Conservatory and curator of Boston’s Old West Church Organ Series. It’s also the first recording to be made of Richards, Fowkes & Co.’s Opus 16 instrument, built in 2008 for Goodson Chapel of the Duke Divinity School in Durham, North Carolina. END_OF_DOCUMENT_TOKEN_TO_BE_REPLACED

END_OF_DOCUMENT_TOKEN_TO_BE_REPLACED

Hailed by the New York Times as “The Best Classical Music Ensemble of 2018,” Wet Ink Ensemble has lived up to this acclaim once again with their recent release Glossolalia/Lines on Black. The album takes its name from the two extended works by Wet Ink members Alex Mincek (saxophone) and Sam Pluta (electronics). The remainder of the septet includes Eric Wubbels (piano), Erin Lesser (flutes), Ian Antonio (percussion), Josh Modney (violin), and Kate Soper (voice). END_OF_DOCUMENT_TOKEN_TO_BE_REPLACED

Croatian-born pianist Martina Filjak, now living in Berlin, has released her latest album, Light and Darkness, featuring music by Franz Liszt — plus an epilogue by Arvo Pärt. The disc confirms once again all the special technical and interpretive qualities that won her the gold medal at the Cleveland International Piano Competition in 2009. END_OF_DOCUMENT_TOKEN_TO_BE_REPLACED