In 1735, Johann Sebastian Bach’s congregations in the two principal churches of Leipzig were treated to six new cantatas between Christmas Day and Epiphany, at a rate of one per feast day. In 2019, Apollo’s Fire’s audiences got to hear two-thirds of those pieces in one sitting, as guest conductor Julian Wachner led Cantatas Nos. 1, 2, 5, and 6 of Bach’s Christmas Oratorio in five venues around the city. I heard the performance on Friday, December 13 in Gartner Auditorium at the Cleveland Museum of Art. END_OF_DOCUMENT_TOKEN_TO_BE_REPLACED

The short-lived English composer Henry Purcell wrote works that rank among the masterpieces of the Baroque. But, like many artists of the 17th century, he also had to produce a lot on demand. In his position as organist at both the Chapel Royal and Westminster Abbey, he needed to work up music for a number of royal occasions. Necessarily, while some of his music is deeply personal, other works — like his odes for the queen’s birthday — were clearly more routinely produced. END_OF_DOCUMENT_TOKEN_TO_BE_REPLACED 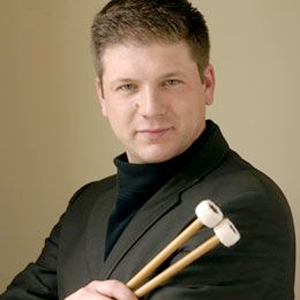 “You never have as much time to spend in a pre-concert talk than you think,” Bassett said, who has filled this role once before for Apollo’s Fire, “but I plan to talk about the entry of timpani into Western music and how the instruments became such an integral part of high baroque music. END_OF_DOCUMENT_TOKEN_TO_BE_REPLACED

Well before the more pietistic style of Lutheran church music that Johann Sebastian Bach wrote at Leipzig in the second quarter of the eighteenth century came the Italian-influenced, Renaissance style of Michael Praetorius, the subject of Jeannette Sorrell’s well-crafted and expertly performed Christmas Vespers with Apollo’s Fire, which began a four-concert run at Trinity Cathedral on Friday evening before moving on to three different venues around town.

You could hear the difference in approach in Philip Nicolai’s Wachet auf! Everyone knows the glorious, equal-note setting that ends Bach’s cantata of the same name. Not so familiar is the early form of the chorale tune with its dancelike, uneven rhythms, nor its delightful and ornate elaboration by Praetorius from his 1619 collection Polyhymnia caduceatrix. The latter, already bursting at its seams with exuberance, was decorated even further by Apollo’s Fire’s violinists and cornetto players (Olivier Brault, Johanna Novom, Kiri Tollaksen and Nathaniel Cox), who could barely force themselves to arrive at the final chord at several cadences. END_OF_DOCUMENT_TOKEN_TO_BE_REPLACED

END_OF_DOCUMENT_TOKEN_TO_BE_REPLACED

This year the majority of the concerts are being held at a single location, the magnificent Grove Amphitheatre in Mayfield. Although the venue has no permanent seating, lawn chairs and blankets are the perfect solution. Picnics are encouraged and the responsible consumption of alcohol is permitted. Think Blossom Music Center on a smaller scale and you’ll get the picture. END_OF_DOCUMENT_TOKEN_TO_BE_REPLACED

The series opener, “Legends,” celebrated the return of in-person concerts with music by Antonín Dvořák, Enrique Granados, Paul Wiancko, and Franz Schubert. The musicians displayed the wide range of expression and color, enchanting communication, and technical brilliance that chamber music can provide. END_OF_DOCUMENT_TOKEN_TO_BE_REPLACED

Music director Franz Welser-Möst set the stage in his introductory video remarks, describing the Berg era as “the ‘Roaring 20s’ aftershock of World War I, a blooming of musical styles never experienced before or since.” END_OF_DOCUMENT_TOKEN_TO_BE_REPLACED

Aside from that, the beautifully curated program primarily features captivating performances of solo works that are presented in a logical progression of sound and temperament. END_OF_DOCUMENT_TOKEN_TO_BE_REPLACED