The Norton Memorial Organ in Severance Hall — one of E.M. Skinner’s finest concert hall instruments — enjoyed a rare moment in the spotlight at The Cleveland Orchestra’s opening concert on September 29, led by music director Franz Welser-Möst. In the hands (and under the feet) of Paul Jacobs, it played a starring role both in Aaron Copland’s Organ Symphony, and in a thrilling encore that brought the large audience spontaneously to its own feet. END_OF_DOCUMENT_TOKEN_TO_BE_REPLACED 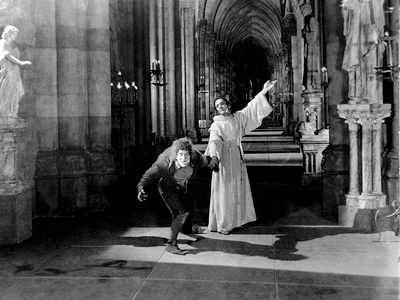 According to Wikipedia, in the early decades of the 20th century there were as many as 7,000 organs installed in movie theaters in the United States for the purposes of entertaining audiences before and between shows and, especially, for accompanying silent films. The theaters have, alas, mostly vanished, the organs either destroyed or re-installed elsewhere, and the skills for accompanying silent films have been lost. That is why organist Todd Wilson’s performance on Friday night at Severance Hall accompanying the 1923 American film The Hunchback of Notre Dame, starring Lon Chaney was such a brilliant feat of musical invention, theatricality and stamina. END_OF_DOCUMENT_TOKEN_TO_BE_REPLACED

END_OF_DOCUMENT_TOKEN_TO_BE_REPLACED

Today’s touring string quartets hew to so uniformly high a standard that it’s often little individual touches that make ensembles stand out. The Polish musicians who make up the Apollon Musagète Quartet showed up at Plymouth Church in Shaker Heights for their debut on the Cleveland Chamber Music Society series on February 4 in matching plaid suits and black shirts. And jettisoning their jackets, they played standing (except for the cellist). END_OF_DOCUMENT_TOKEN_TO_BE_REPLACED