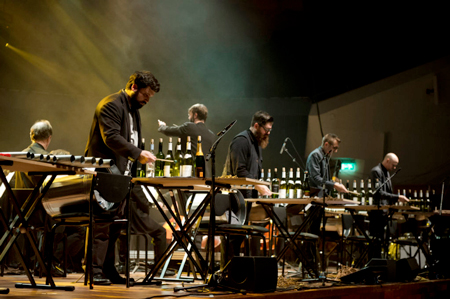 As Akron Symphony music director Christopher Wilkins put it in his speech to the audience in E.J. Thomas Hall on Saturday, October 15, the Orchestra’s program featured “not wasps, not birds, and not planets.” END_OF_DOCUMENT_TOKEN_TO_BE_REPLACED

He joins ChamberFest to play some Romantic masterworks, “some of the best chamber music out there and some of my favorite pieces to play:” Brahms’s piano Quintet, Dvořák’s E-flat piano quartet, and Tchaikovsky’s “Souvenir de Florence” sextet. Beyond those pieces, he’ll also perform two pieces for the first time. “I’m very much looking forward to working with [pianist] Orion Weiss on the Janáček violin sonata, it’s a really wonderful piece,” he said. Osvaldo Golijov’s Last Round for double string quartet and bass, on ChamberFest’s final concert, is also new to him. END_OF_DOCUMENT_TOKEN_TO_BE_REPLACED