French conductor Stéphane Denève and Canadian violinist James Ehnes proposed a multi-course repast of the music of Sergei Prokofiev for Cleveland Orchestra audiences the weekend of October 27-29. Happily, that Russian composer’s music enjoys enough inner variety and contrast to make a well-balanced menu, especially when served up with equal measures of brilliance and nuance. END_OF_DOCUMENT_TOKEN_TO_BE_REPLACED 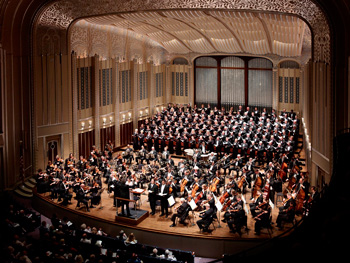 The Romantics knew how to face death. John Keats declared himself “half in love with easeful death.” “Death is the mother of beauty,” asserted Wallace Stevens, that modernist poet with a Romantic soul. END_OF_DOCUMENT_TOKEN_TO_BE_REPLACED 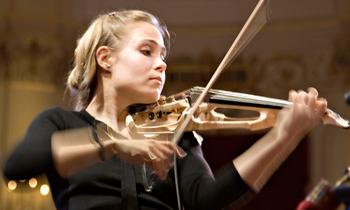 If planning an orchestral season is like assembling a vast jigsaw puzzle, The Cleveland Orchestra’s program on Saturday, April 2 felt as though it might have been put together from the leftover pieces after everything else had fallen neatly into place. END_OF_DOCUMENT_TOKEN_TO_BE_REPLACED 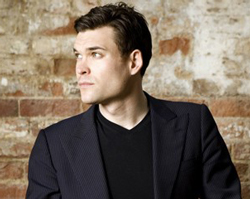 Although the second concert of this busy Severance Hall week wasn’t formally part of the Boulez tribute, Friday’s performance fit right in, featuring as it did the premiere of a new work by British composer-conductor Ryan Wigglesworth, and an expedition into one of Gustav Mahler’s more enigmatic and unwieldy symphonies. END_OF_DOCUMENT_TOKEN_TO_BE_REPLACED

Romantic love has worked its magic and wrought its afflictions on humankind in similar ways throughout history. Last weekend, Cleveland’s Les Délices joined Boston’s Blue Heron to chronicle how 14th-century European composers addressed that subject. The matrix for the collaboration between the ensembles was the celebrated Roman de la Rose, whose earliest layer by Guillaume de Lorris dates from ca. 1230. END_OF_DOCUMENT_TOKEN_TO_BE_REPLACED

Despite predictions of snowy weather, there was a full house and enthusiastic audience at the Bop Stop on Friday evening, January 17, for the latest concert by the Cleveland-based new music group No Exit, collaborating with their Twin Cities counterpart Zeitgeist. The program was concise and wildly varied, with several first performances. Each work contained imaginative soundscapes and alluring musical ideas. END_OF_DOCUMENT_TOKEN_TO_BE_REPLACED