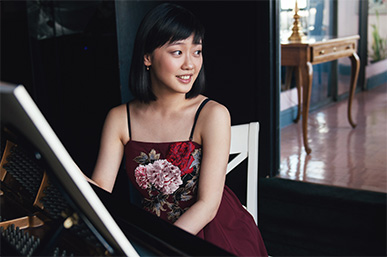 Following in a line of pianists that has included Garrick Ohlsson, Yuja Wang, Emanuel Ax, and Conrad Tao, the latest performer to be featured in Tuesday Musical’s Margaret Baxtresser Annual Piano Concert is Fei-Fei.

A finalist in the 2013 Van Cliburn Competition and winner of the 2014 Concert Artists Guild Competition, Fei-Fei was also featured in Virtuosity, a documentary about the Cliburn that aired on PBS.

Beyond her resume, Fei-Fei has a unique approach to programming and is simply a delightful person, as I discovered during a recent phone call to talk about her recital at E.J. Thomas Hall on Thursday, November 21 at 7:30 pm. Tickets are available online.

I reached her at her home in New York City and began by asking about her performance history in Cleveland.

Jarrett Hoffman: You competed in the Cleveland International Piano Competition a while ago now, 2011. Was that the last time you were in Cleveland?

JH: Two years after that, you were a finalist in the Van Cliburn. I watched a clip of the documentary Virtuosity which included shots of contestants backstage, and also footage of you practicing. Tell me about what it was like to have a film crew there.

Fei-Fei: Once we got there, we quickly noticed there were cameras everywhere we went. I kind of got used to it and learned how to ignore them, and then it didn’t feel weird. But I grew up watching the Cliburn documentaries — I thought it was such a special thing because you would not only see the performances, but you felt like you got to know the contestants as people, as human beings. So that’s why it felt really special to be in the film.

JH: Tell me about putting together your program for Akron. 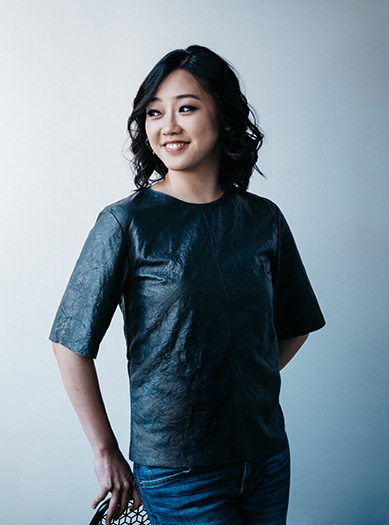 Fei-Fei: The theme I had in mind was music as storytelling. Instrumental music is the only type of art that doesn’t have words or imagery — the only elements it plays with are time and sound, so in a way it’s the most abstract of all art forms. Sometimes I feel that because of the absence of words and imagery, you are free to imagine anything.

I picked composers from different times and genres to see how they tell very compelling stories in such different ways.

The program opens with middle-period Beethoven. Usually we think of Beethoven as very serious and intense, but this piece, which is nicknamed “The Hunt,” is actually very humorous and light-hearted. You see how he sets up different surprises and jokes.

Of course Schumann is the ultimate storyteller in music, so I thought, I have to include him. This piece was inspired by a letter from his wife Clara Schumann, who said, ‘You’re sometimes like a child.’ I don’t think it’s a piece meant for children to play, but it’s like a middle-aged adult looking back on childhood.

I’m going to end the first half with the Debussy. It’s a short piece inspired by a French painting called Embarkation for Cythera, which is known to be the birthplace of Venus. It celebrates joy and love. So in the first half, the music still has some kind of reference through a nickname, words, or paintings.

In the second half, I thought I would go deeper and more abstract with the Rachmaninoff. I feel like they are six tone poems or Romantic miniatures, and each one depicts such different imagery, emotion, and character. Rachmaninoff is one of my favorite composers — I just love the sense of passion in his music. It’s very moving for me, and it’s a very emotional journey to play through this whole set.

JH: Tuesday Musical is bringing you in for the Margaret Baxtresser Annual Piano Concert, which in the past several years has featured some very prominent players — Garrick Ohlsson, Yuja Wang, Emanuel Ax. Congratulations, that’s some great company.

Fei-Fei: Thank you! I’m super looking forward. I see their season also has Joshua Bell and all these other big names playing on the series. I’m really excited, and I feel honored to be on the season’s roster.

JH: Before Akron, you have a few other commitments in Ohio.

Fei-Fei: Yes, I’m going to play Chopin’s First Piano Concerto in a pair of concerts with the Columbus Symphony. Then I’m going to Ohio University and doing outreach, teaching a master class, and giving a recital. Then I’ll be going to Akron.

Audience members have a chance to meet Fei-Fei during the Concert Conversation at 6:30 pm in E.J. Thomas Hall’s Flying Balcony.

Supported by engagingly, yet simple staging by Cara Consilvio, a well-prepared cast of singers told the archetypal story of Cinderella with charm and flair. Framing the production was  a sparse but colorful set and wonderful lighting by Dave Brooks. END_OF_DOCUMENT_TOKEN_TO_BE_REPLACED

END_OF_DOCUMENT_TOKEN_TO_BE_REPLACED

The music isn’t easy to play, either. Over the course of two hours, all of the musicians brought fantastic focus to the unrelenting tricky rhythms and countless layers of parts, all of which require a high level of individual responsibility. Even in the moments of calm, the accompaniment remains perpetually unsettled. Adams — who made a sprightly presence on the podium — combines minimalist, repeating motives in gradual layers, which eventually become so dense they overwhelm the senses. Lisa Wong deserves special mention for her thorough preparation of the Cleveland Orchestra Chorus, as does Jennifer Rozsa for the Children’s Chorus, which made a brief but memorable appearance in the last few minutes. END_OF_DOCUMENT_TOKEN_TO_BE_REPLACED