Their fourth subscription concert, Games and Grounds, which premiered on February 18 and will be available through March 1, finds the members of Les Délices in top form and, if anything, more communicative with their audience than ever before, thanks to the digital magic of Erica Brenner and her audio/visual production team that includes Elaine Martone, Andrew Tripp, and Mathias Reed.

Of course, credit for the programming itself goes to Nagy, who has curated a playlist of engaging music by Lully, Rameau, Chauvon, Rebel, and Marais largely based on grounds (repeated bass figures). Some of the pieces are danced to period and original choreography by Elena Mullins, who at other moments joins her expressive soprano voice with the eloquent tenor of Jason McStoots. Nagy plays oboe and recorder with her customary expertise, joined by her colleagues Julie Andrijeski (violin), Rebecca Reed (gamba) and Mark Edwards (harpsichord). 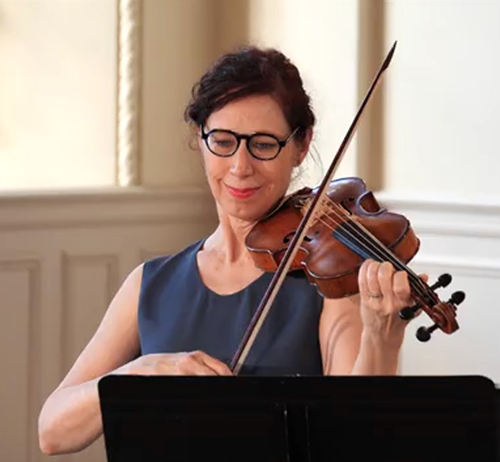 All of the instrumentalists took individual opportunities to shine in Jean-Féry Rebel’s “Caprice” from his Second Suite (a total of 108 variations over a ground bass), and in Marin Marais’ variations, Folies d’espagne (arranged by Les Délices). François Chauvon’s 5eme Suite and Rebel’s Caractères de la danse provided them with a variety of musical styles to distinguish one from another. Andrijeski’s lively ornaments and articulation, Edwards’ colorful keyboard realizations, and Reed’s vibrant gamba playing confirmed their credentials as splendid soloists as well as members of a fine backup band.

Mullins and McStoots had the special task of putting across some of Aesop’s Fables, set in rhyming couplets by Larry Rosenwald to popular French tunes of the era (viewers should have recognized at least two of them), and they delivered their moral messages with style. 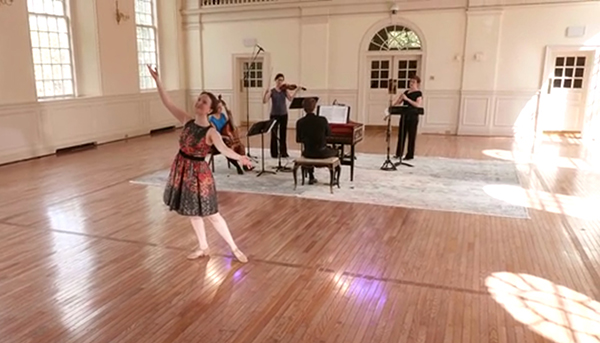 It was a nice touch to record the program in Herr Chapel at Plymouth Church, where so many fine Les Délices concert sets have received their final performances on Sunday afternoons. In this case, Les Délices played from an enormous carpet in the middle of the cleared-out space, giving the viewer the opportunity to enjoy the concert from various angles and to see details of instruments close up.

It’s to be hoped that online distribution of this series has attracted new viewers from around the world. With its lofty artistic aspirations and excellent production values, Les Délices deserves a global audience.

END_OF_DOCUMENT_TOKEN_TO_BE_REPLACED

Supported by engagingly, yet simple staging by Cara Consilvio, a well-prepared cast of singers told the archetypal story of Cinderella with charm and flair. Framing the production was  a sparse but colorful set and wonderful lighting by Dave Brooks. END_OF_DOCUMENT_TOKEN_TO_BE_REPLACED