Tuesday Musical invites college-age students pursuing careers as music performers and/or educators to apply online for its 2020 Scholarship Competition to be held in Akron on March 21. The deadline is February 1. Click here for information.

Cleveland’s Broadway School of Music and the Arts is hiring part-time teachers of violin, piano, woodwinds & drums for classes on weekdays between 2:00 and 8:00 pm and possibly on Saturdays. Click here to download application details.

Cleveland Chamber Symphony will be accepting scores from Northeast Ohio composers until midnight on January 17 to be considered for its April 7 NeoSonicFest concert at Baldwin Wallace. Click here for criteria and details.

“When Dvořák came to the United States, he changed as a person and a composer, but I believe he also had a profound impact on the American music scene,” Broadway School of Music board member and Cleveland Orchestra cellist Bryan Dumm said, during a recent telephone conversation. “He was very comfortable mixing together as many stylistic elements as possible because of his experience in America.”

On Friday, May 30th beginning at 7:00 pm at Trinity Commons, the Broadway School of Music and the Arts (BSMA) presents Old World/New World: An Intimate Evening of Chamber Music. This annual benefit supports BSMA’s music and arts instruction and programming for underserved children and adults. 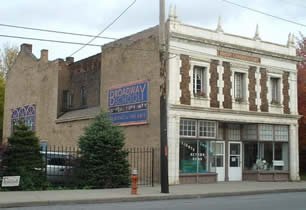 The Broadway School of Music and the Arts (BSMA) will present Old World/New World: An Intimate Evening of Chamber Music, on Friday, May 30 beginning at 7:00 pm at Trinity Commons in downtown Cleveland. This annual benefit supports BSMA’s music and arts instruction and programming for underserved children and adults.

“The Student Financial Aid Fund is a very important piece of what we do at the school,” BSMA executive director Barbara Bachtell said during a recent conversation in her office at the school. “Over the past 10 years we have given out roughly $75,000 in tuition assistance. We try to keep our rates low, but there are still families who cannot afford them.” Currently, 30-minute individual lessons range from $16.20 to $18.00. END_OF_DOCUMENT_TOKEN_TO_BE_REPLACED