Members of The Cleveland Orchestra and friends who perform from time to time as the Cleveland Chamber Collective presented the premiere of a work by Geoffrey Peterson and the sneak preview of a Cleveland Orchestra-commissioned piccolo concerto in a chamber format. Filling out the program were well-known pieces by Beethoven and Debussy, performed in front of a small audience at Disciple’s Christian Church in Cleveland Heights on Sunday evening, March 1. END_OF_DOCUMENT_TOKEN_TO_BE_REPLACED

On Friday, October 28 at 8:00 pm, the John Knox Performance Series will kick off its third season with a performance by the Cleveland Chamber Choir under the direction of Scott MacPherson. The program, titled “Americana,” will include music by William Billings, Charles Ives, Aaron Copland, John Cage, Samuel Barber, and Stephen Foster, as well as folk songs and spirituals. Read a concert preview here. END_OF_DOCUMENT_TOKEN_TO_BE_REPLACED 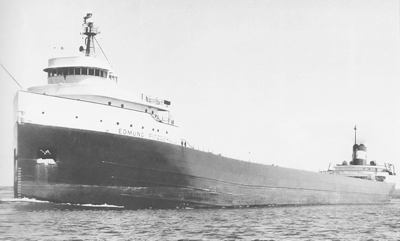 Geoffrey Peterson’s concerto chronicles the tragic shipwreck of The Edmund Fitzgerald in Lake Superior in November, 1975. Its four movements are entitled “Embarkment,” “The Gales,” “Six-Fathom Shoal” (‘We’re holding our own’) and “Entombment-Dirge.” END_OF_DOCUMENT_TOKEN_TO_BE_REPLACED

Geoffrey Peterson’s concerto chronicles the tragic shipwreck of The Edmund Fitzgerald in Lake Superior in November, 1975. Its four movements are entitled “Embarkment,” “The Gales,” “Six-Fathom Shoal” (“We’re holding our own”) and “Entombment-Dirge”. The concerto makes use of several musical quotes. The first is Spanish Ladies, an English sea chantey, which appears in both the first and third movements. The second is the funeral march theme from the second movement of Beethoven’s Third Symphony, which is heard in the fourth movement of the concerto. In addition, a chime is rung 29 times during the final bars of the piece to memorialize the men who lost their lives.

END_OF_DOCUMENT_TOKEN_TO_BE_REPLACED

The strings-only work by Berg has made relatively frequent appearances on the Orchestra’s programs. In 2021, the musicians recorded it for the In Focus series, and it appeared again on last year’s European tour. Friday’s rendition maintained the group’s characteristic light and effortless playing, each section blending as much as possible to echo the work’s original form as a string quartet. At fifteen minutes total, the piece is quite short, but the dense encoded musical meanings require some extra-attentive listening. Splitting up the three movements ensured that each one could be appreciated on its own. END_OF_DOCUMENT_TOKEN_TO_BE_REPLACED