If you’ve ever been sitting in a concert and just wanted to shout out what piece you want to hear, well here’s your chance — but just a chance.

That’s the concept behind the partly planned, partly unplanned program assembled by mixed sextet Ensemble Mélange for their performance at the State Room at Sandusky State Theatre on Thursday, March 7 at 7:30 pm.

It’s like a party game, and here are the rules: first, each member of the audience receives a printed program that looks kind of like a restaurant menu, with around twenty works or single movements divided into different categories. Those include types of classical music, like Baroque, Classical, Romantic, 20th-century, and opera, and other genres like latin, jazz, klezmer, and Broadway.

If you get lucky, the group’s random-number generator will match up with the number listed in the corner of your program — and you’ll have your pick of piece, so long as it’s on tap. (In other words, no shouting for Freebird.)

END_OF_DOCUMENT_TOKEN_TO_BE_REPLACED 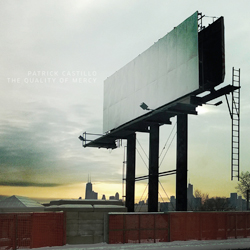 The composer Patrick Castillo understands the difficulty of exploring grief through art. In his This the hour of lead, a rich, five-movement probing of human loss included on his debut album The Quality of Mercy, he does not attempt to universalize grief. His sorrow is not the same as yours. Instead he constructs a fragile space for sadness, a sanctuary where you can release your pain and come to terms with your emotions. This is the texture of grief, with all its warps and woofs, not an outpouring of anguish. END_OF_DOCUMENT_TOKEN_TO_BE_REPLACED

Jackson began the program with a recitation of Langston Hughes’ poem “Helen Keller” — the first of five poems by Hughes that served as interludes between each piece on the first half. END_OF_DOCUMENT_TOKEN_TO_BE_REPLACED

Pianos with pins and tape on strings, a bass drum and tam tam, crotales, Almglocken, and vibes. Microphones were hooked up all around the instruments. The feed was sent to speakers around the room. Lighting designer Nicholas Houfek hung incandescent globes over the arrangement of instruments from thin black wires stretching across the beams. END_OF_DOCUMENT_TOKEN_TO_BE_REPLACED

From the podium, Elim Chan set an ambitious tone for the evening. The rising star conductor, here in her Cleveland Orchestra debut, has a commanding style, and every twist and turn in Saturday’s performance tracked closely with her baton. END_OF_DOCUMENT_TOKEN_TO_BE_REPLACED