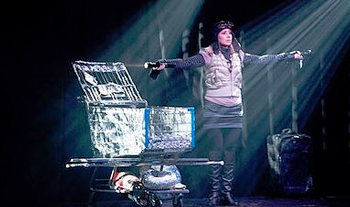 Representing the middle period of development will be a preview of Scene Three from composer Nkeiru Okoye’s and librettist David Cote’s new opera We’ve Got Our Eye on You. “This will be a teaser of the complete opera, which will be presented during next year’s {NOW} Festival,” Skiba said. A recently completed work at the Festival will be Amelia Lost, a new opera by Larry Delinger and Brad Carroll which had its world premiere in Knoxville back in 2014 (pictured above). END_OF_DOCUMENT_TOKEN_TO_BE_REPLACED 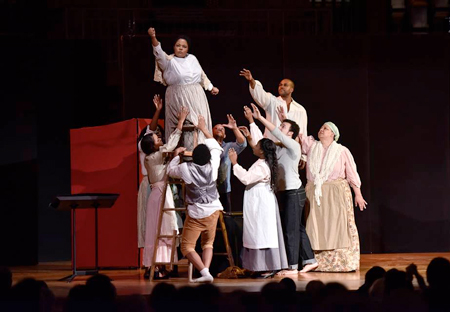 Opera is a great medium for exploring the courage of acting for freedom and the personal cost of heroic resistance. There is something built into the art form that deepens our view of even the most resolute of actions, showing us the often tragic consequences of taking the courageous path. We can hardly hear Vissi d’arte without understanding both Tosca’s heroism and the pain that comes with it. END_OF_DOCUMENT_TOKEN_TO_BE_REPLACED 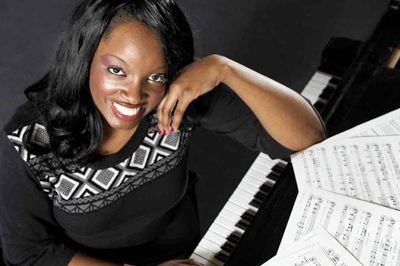 Over the next two weekends, Northeast Ohio audiences can experience the story of Harriet Tubman when Cleveland Opera Theater’s New Opera Works, in collaboration with Oberlin Opera Theater, presents the Midwest premiere of Nkeiru Okoye’s Harriet Tubman: When I Crossed that Line to Freedom. The opera is presented as part of Oberlin College’s Africana Unity and Celebration Month. Harriet Tubman, which premiered in New York City in February 2014, tells the story of the influential former slave and her rise to a pivotal role in the Underground Railroad. END_OF_DOCUMENT_TOKEN_TO_BE_REPLACED 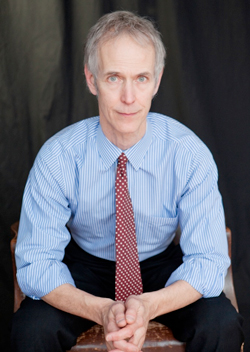 “What grabbed me about the opera is its accessibility, and the fact that it is a genuine opera that was meant to be sung by operatic voices. It’s the kind of opera that an audience can really get caught up in. Everybody is going to enjoy it,” stage director Jonathon Field said during a recent conversation. END_OF_DOCUMENT_TOKEN_TO_BE_REPLACED

END_OF_DOCUMENT_TOKEN_TO_BE_REPLACED

Rodgers & Hammerstein’s Cinderella was originally produced for television in 1957 — seven years after the animated Disney film was released — and starred Julie Andrews. According to the Rodgers & Hammerstein website, it was viewed by over 100 million people. END_OF_DOCUMENT_TOKEN_TO_BE_REPLACED

The story line has its origin in an 1855 play and an 1842 farce that Thornton Wilder mined for his 1938 play The Merchant of Yonkers. When that turned out to be a flop, in 1954 Wilder made the crucial decision to re-center the show around the character of the legendary marriage broker Dolly Gallagher Levi and renamed it The Matchmaker. END_OF_DOCUMENT_TOKEN_TO_BE_REPLACED

The Dodero Center for the Performing Arts at the Gilmore Academy in Gates Mills is one feature of an impressive campus. The auditorium is shallow, the stage is deep, and the ensemble played without a shell. Throughout the program, the sound, especially in instruments’ lower registers, tended to disappear. END_OF_DOCUMENT_TOKEN_TO_BE_REPLACED