Swapping out individuals in a festival roster can often be accomplished quickly and efficiently, as for ChamberFest’s opening concert when Rising Star Sterling Elliott offered to step in for another cellist without missing a beat. It’s not so simple when a guest ensemble like King’s Return, the Dallas male vocal quartet, is scheduled to headline a concert. END_OF_DOCUMENT_TOKEN_TO_BE_REPLACED 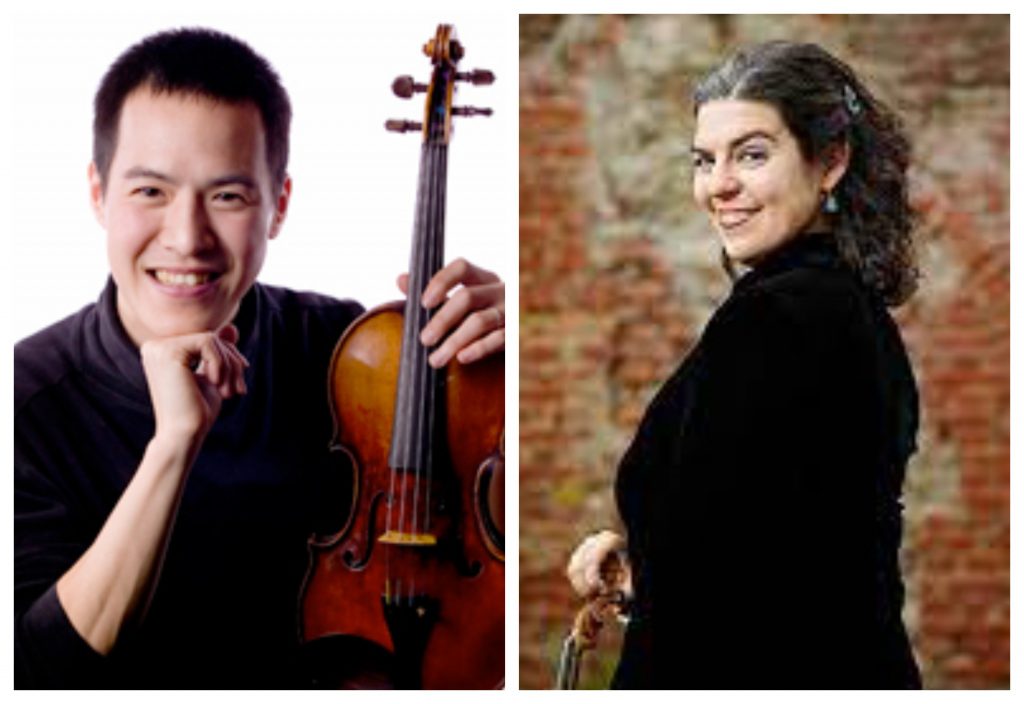 Coordinating the schedules of musicians and festivals is often a long, and at times, a complicated process. Take violinists Joseph Lin and Sarah Kapustin for example. Both have been on ChamberFest Cleveland’s list of invitees from the Festival’s beginning, but the stars have simply never aligned. Until now.

Later this week both Lin and Kapustin will finally make their ChamberFest debuts when the Festival kicks off its tenth season. Click here for details.

“Ever since Diana and Frank started the festival we’ve talked about me coming, but it never seemed to work out until this year,” Lin said. “I’m so glad that everything has finally come together.”

“I’ve known Diana since we were teenagers, so for over 20 years,” Kapustin said. “I’ve been invited from the beginning but it just never worked out. My debut should have been two years ago but because of COVID  it was put on hold. So I’m happy that it’s finally on the calendar.” END_OF_DOCUMENT_TOKEN_TO_BE_REPLACED

END_OF_DOCUMENT_TOKEN_TO_BE_REPLACED

The strings-only work by Berg has made relatively frequent appearances on the Orchestra’s programs. In 2021, the musicians recorded it for the In Focus series, and it appeared again on last year’s European tour. Friday’s rendition maintained the group’s characteristic light and effortless playing, each section blending as much as possible to echo the work’s original form as a string quartet. At fifteen minutes total, the piece is quite short, but the dense encoded musical meanings require some extra-attentive listening. Splitting up the three movements ensured that each one could be appreciated on its own. END_OF_DOCUMENT_TOKEN_TO_BE_REPLACED