Apollo’s Fire has just announced a new video series. Click here to join the “Music for the Soul” Facebook group.

Note to Northeast Ohio artists and organizations: please help us build our online content by submitting links to your live-streamed concerts and archived performances as you would calendar notices.

Moving east, mezzo-soprano Fleur Barron will proceed with her New York recital debut on Wednesday, March 18 at 7:30 pm at 92nd Street Y. The program includes Mahler’s Rückert-Lieder and Kindertotenlieder, and Beethoven’s An die ferne Geliebte, Op. 98. Barron’s collaborator will be pianist Myra Huang, who has stepped in after Julius Drake (England) was forced to cancel due to travel restrictions. The stream is available here.

Also in NYC, pianist Jeremy Denk is beginning a residency at The Greene Space at WQXR devoted to Bach and The Well-Tempered Clavier. On Friday, March 20 at 7:00 pm, Denk will discuss and play selections from Book 1. Again, no audience, just a live stream. 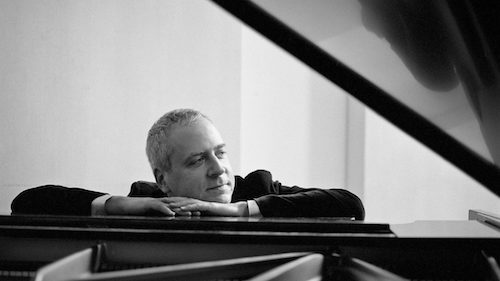 Ars Lyrica Houston has started up a couple of virtual series, including “Concerts & Conversations.” The first performance is already on YouTube and features artistic director Matthew Dirst at the harpsichord, playing excerpts from Bach’s Partita in D and discussing the music.

As an offshoot of her mentorship program Equilibrium Young Artists, soprano Barbara Hannigan has introduced a virtual series called EQ4U. The first performance, available on YouTube, took place last Friday from Hannigan’s home in Paris, featuring her and pianist Alphonse Cemin fittingly in Schubert’s An Die Musik, that composer’s ode to music.

German pianist Igor Levit is bringing nightly “House Concerts” to Twitter. Scroll down his feed to find examples from the past couple of days — you’ll hear him speak for a couple of minutes in his native German, then in English before turning to the piano. Another musician back in the U.S. bringing music to social media is New York-based cellist Aaron Wolff, who will continue streaming Bach’s Cello Suites on his Facebook from March 18-20 at 2:30 pm — Wednesday brings No. 4, Thursday No. 5, and Friday No. 6.

Having scrapped their original plans to perform Bach’s cantata Actus tragicus, BWV 106, the Orchestra of the J.S. Bach Foundation will instead have artistic director Rudolf Lutz take to the organ to improvise on the piece at about 2:35 pm Eastern Time on Friday, March 20. He will also discuss the work in English beginning at 2:00 pm. The live stream begins with introductory remarks at 1:45 pm.

Some organizations are re-broadcasting past performances, making them available at particular times.

Among those options, The Metropolitan Opera has launched “Nightly Met Opera Streams,” a free series of encore presentations from the Live in HD series. Each stream will begin at 7:30 pm and will remain available for 20 hours. The schedule over the next week includes Puccini’s La Bohéme (Tuesday), Verdi’s Il Trovatore (Wednesday) and La Traviata (Thursday), Donizetti’s La Fille du Régiment (Friday) and Lucia di Lammermoor (Saturday), and Tchaikovsky’s Eugene Onegin (Sunday).

Day by day through the end of the month, the Vienna State Opera is opening up its archives for streaming. Already available are past performances of Wagner’s Das Rheingold and Verdi’s Falstaff. Also yours by the end of the week: Péter Eötvös’ Tri Sestri, Wagner’s Die Walküre and Siegfried, Puccini’s Tosca, and Rossini’s La Cenerentola (no word on how long these will stay up). Just make an account for free.

Stuttgart Opera is re-broadcasting a 2019 performance of Mozart’s Le nozze di Figaro for free until March 20.

To celebrate the 100th anniversary of the Göttingen International Handel Festival, the radio network NDR Kultur is streaming ten recent productions of that composer’s operas until the end of September.

The Berlin Philharmonic’s digital archive is currently available for free through vouchers redeemed before March 31. And you can get picky, sorting by conductor, composer, soloist, genre, and more.

Other organizations with sprawling archives to check out are the Chamber Music Society of Lincoln Center, the Detroit Symphony Orchestra, the International Contemporary Ensemble, the Gothenburg Symphony Orchestra, OperaVision, and the SWR ensembles.

END_OF_DOCUMENT_TOKEN_TO_BE_REPLACED

Supported by engagingly, yet simple staging by Cara Consilvio, a well-prepared cast of singers told the archetypal story of Cinderella with charm and flair. Framing the production was  a sparse but colorful set and wonderful lighting by Dave Brooks. END_OF_DOCUMENT_TOKEN_TO_BE_REPLACED