END_OF_DOCUMENT_TOKEN_TO_BE_REPLACED

As organizations gingerly take steps to open up for business, it’s refreshing to have new content to listen to and write about after a solid six months of archival footage. END_OF_DOCUMENT_TOKEN_TO_BE_REPLACED 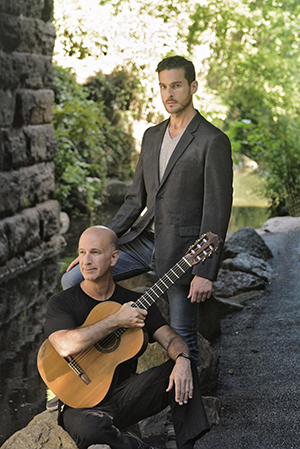 END_OF_DOCUMENT_TOKEN_TO_BE_REPLACED

When the Baltimore Consort presents their program “Adew Dundee: Early and Traditional Music of Scotland” at Akron’s Holy Trinity Lutheran Church on Sunday, October 28 (note date correction!) at 4:00 pm, the ensemble will be revisiting its roots. As violist da gamba Mary Anne Ballard said in a telephone conversation, “Our first recording was of that repertoire. We’ve always been in love with the tunes of Scotland.”

Before that, the Consort was inaugurated by Roger Harmon, who taught guitar at the Peabody Conservatory. “He played a lot of lute music on guitar, and wanted to find ensemble music that involved the lute,” Ballard said. “He found Thomas Morley’s Consort Lessons of 1599, which was written for treble viol, flute or recorder, lute, cittern, pandora, and bass gamba, and formed a similar ensemble in 1979. It’s a wonderful sound to have a melody floating over plucked instruments that underpin the tune with rhythmic chords or running diminutions.”

Beyond the Morley collection, the written repertoire from the turn of the 17th century wasn’t huge. “There are only four main sources from around 1600,” Ballard said, “and we used those as a template for our own arrangements of popular songs and dances — the kind of tunes mentioned in Shakespeare’s plays that most people would have known.”

Thus the genesis of “Adew Dundee,” a group effort for which Ballard served as coordinator. END_OF_DOCUMENT_TOKEN_TO_BE_REPLACED

END_OF_DOCUMENT_TOKEN_TO_BE_REPLACED

What was that strange din coming over the live feed from Ludwig Recital Hall on Friday evening, July 23, as the Miami String Quartet filed onstage to play the third faculty recital of the Kent Blossom Music Festival? Accustomed as we were during the pandemic ban on live audiences to hearing the sound of no hands clapping, it was both startling and thrilling to witness a large crowd putting their hands together to welcome one of the Festival’s perennial favorites back for an in-person performance. END_OF_DOCUMENT_TOKEN_TO_BE_REPLACED

Practical reasons aside, there aren’t many ensembles who can put together an all-Mozart evening as elegantly as The Cleveland Orchestra. END_OF_DOCUMENT_TOKEN_TO_BE_REPLACED