How can a faith mourn its greatest loss while still gesturing toward the resurrection that follows — and set it all to music? Last year, Trinity Cathedral’s choristers and instrumentalists presented Arvo Pärt’s Passio on their annual Good Friday concert. A vast, austere retelling of Christ’s Passion, the work exerts an almost grueling gravity. This year, however, Trinity artistic director and organist Todd Wilson presented not a monument, but a colorful mosaic of grief, farewell, and hope in the form of two English Requiem settings. END_OF_DOCUMENT_TOKEN_TO_BE_REPLACED 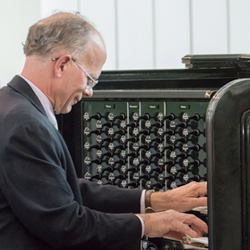 Over his keys the musing organist, | Beginning doubtfully and far away, | First lets his fingers wander as they list, | And builds a bridge from Dreamland for his lay: | Then, as the touch of his loved instrument | Gives hopes and fervor, nearer draws his theme, | First guessed by faint auroral flushes sent | Along the wavering vista of his dream.

Thus begins James Russell Lowell’s The Vision of Sir Launfal (1867), a poetic description of an organist improvising at the keyboard — an act of instantaneous musical creation that had all but disappeared except from organ lofts, usually French, by the dawning of the 20th century.

Improvisation is now on the rise again, not only through the fingers of organists. “It’s now infecting other musicians as well,” Todd Wilson said in a recent telephone conversation. “Chamber music groups, orchestras, everybody’s doing it.”

Wilson, who is music director at Cleveland’s Trinity Cathedral, professor of organ at the Cleveland Institute of Music, curator of Severance Hall’s E.M. Skinner organ, and a well-known concert organist, is an enthusiastic improviser whose talents are expressed not only during church services. END_OF_DOCUMENT_TOKEN_TO_BE_REPLACED 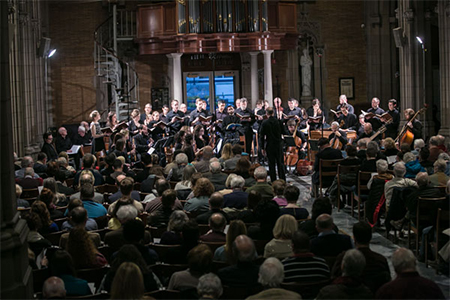 The story of Jesus of Nazareth’s final hours is necessarily an unpleasant one, concluding hints of optimism aside. But the Passion can be beautiful in its own way, as Trinity Cathedral’s Good Friday Concert demonstrated. Suffering and salvation, grit and grace, horror broken by a spark of hope: under director Todd Wilson on March 30, Trinity’s Choir and Chamber Orchestra incorporated all of these into a program built around Arvo Pärt’s monumental Passio. END_OF_DOCUMENT_TOKEN_TO_BE_REPLACED

END_OF_DOCUMENT_TOKEN_TO_BE_REPLACED

“It’s a remarkable achievement for any concert series to go on for 40 uninterrupted years, and with such a high degree of success,” Todd Wilson, the Cathedral’s organist and director of music, said during a telephone conversation. END_OF_DOCUMENT_TOKEN_TO_BE_REPLACED

Organist Jonathan Ryan, who pursued his undergraduate studies with Todd Wilson at the Cleveland Institute of Music before moving on to Eastman, will play the German Organ Mass, or Clavier-Übung III, on the Flentrop Organ in Trinity Cathedral on Tuesday, March 21 at 7:30 pm. END_OF_DOCUMENT_TOKEN_TO_BE_REPLACED 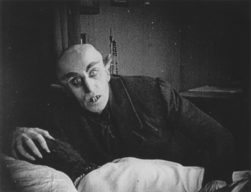 This past week, Northeast Ohio hosted two performances of the classic horror film Nosferatu — one in Youngstown’s Stambaugh Auditorium and one in Cleveland’s Severance Hall.

Both were accompanied by organ scores and performed on restored E.M. Skinner organs. END_OF_DOCUMENT_TOKEN_TO_BE_REPLACED

“It’s been a busy year for us,” Jake Swanson said during a recent telephone conversation. “Sarah and I had a residency in Oslo, Norway, and my first CD was released earlier this month. And we’re excited to be returning to the Brownbag Concert series.” END_OF_DOCUMENT_TOKEN_TO_BE_REPLACED

END_OF_DOCUMENT_TOKEN_TO_BE_REPLACED

Concerts cancelled in 2020 may have put a brief gap in Ling’s record with the Orchestra (a program every season since 1984-1985), but the ensemble’s former resident conductor more than made up for it Sunday with a performance both commanding and personal. END_OF_DOCUMENT_TOKEN_TO_BE_REPLACED