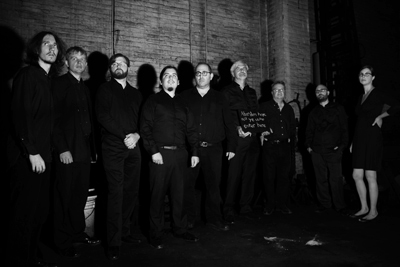 For their latest series of concerts, the first-rate new music ensemble No Exit presented “Sonic Landscapes,” a program of six appealing works that explored the variety of ways composers use timbre, texture, and rhythm to create vivid imagery with sound. I was part of the capacity audience who attended the October 8 performance at Heights Arts. END_OF_DOCUMENT_TOKEN_TO_BE_REPLACED

For the most recent installment of No Exit’s year-long celebration of Dadaist composer Erik Satie, the ensemble commissioned seven composers to write new works representing their own take on Satie and how his music has shaped their own musical universe. On Friday, April 8 in the acoustically pleasing SPACES gallery, No Exit presented the second of three performances featuring the new compositions. The Satie-inspired musical sandwich also included works by Heinz Holliger, Georges Delerue, and Buck McDaniel. END_OF_DOCUMENT_TOKEN_TO_BE_REPLACED 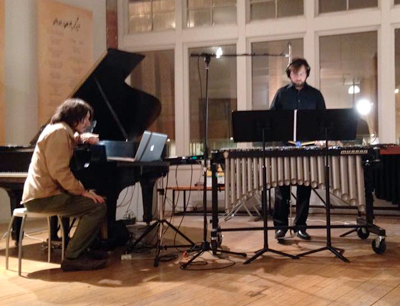 No Exit’s third performance of its 2015 spring program on Monday, April 20 at Cleveland State University’s Drinko Recital Hall included a wide range of contemporary sounds and video, ranging from an almost elderly work (dating from 1994) to the first performances of newly-minted pieces. The emphasis was on electronic music, either all by itself or in combination with live performance, and there wasn’t a boring moment. END_OF_DOCUMENT_TOKEN_TO_BE_REPLACED 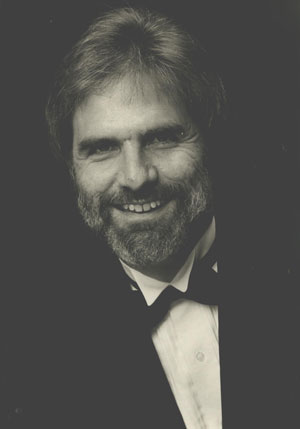 Held in the black box Studio Theater at the Stocker Center in Elyria, the Signature Series concerts curated by composer Jeffrey Mumford for Lorain Community College are usually spaced throughout the season. Last week there were two in a row. On Monday, March 2, pianist Nicholas Underhill played a solo recital, followed by harpist Shelly Du on Thursday, March 5, who in addition to performing solo pieces was joined by violinist Jeanelle Brierley in a work by Mumford. END_OF_DOCUMENT_TOKEN_TO_BE_REPLACED

How does a composer-pianist approach a performance of their own works? “You have to approach it the same way that you would approach anybody else’s music or you will pay a price,” Nicholas Underhill said during a telephone conversation. “The issue is that when a piece hasn’t been vetted by performances, you can find yourself re-composing it.” END_OF_DOCUMENT_TOKEN_TO_BE_REPLACED 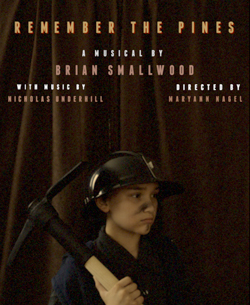 “I first read the novel back in 1992 when I was living in Los Angeles. And right away I started thinking that it could make a great musical,” award-winning Northeast Ohio poet and playwright Brian Smallwood recalled during a telephone conversation. The novel Smallwood is referring to, Germinal, by French novelist Émile Zola, graphically portrays the dismal lives of coal miners and their families during the mid-1800s.

END_OF_DOCUMENT_TOKEN_TO_BE_REPLACED 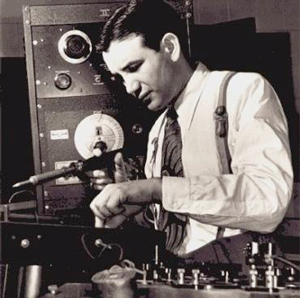 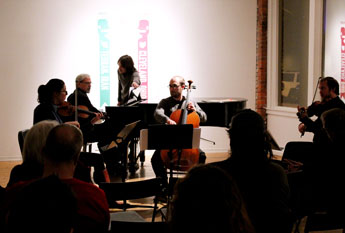 The first piece, however, was anything but casual. Guest artist and virtuoso flutist Carlton Vickers performed Brian Ferneyhough’s first essay for solo flute, Cassandra’s Dream Song. Ferneyhough is known for his stunningly deliberate, complex pieces, and this one was no different. END_OF_DOCUMENT_TOKEN_TO_BE_REPLACED

END_OF_DOCUMENT_TOKEN_TO_BE_REPLACED

A new CD by Christa Rakich, who is currently Visiting Professor of Organ at the Oberlin Conservatory, gives a nod in two directions. As its title announces, it’s an homage to her former teacher and colleague, the late Yuko Hayashi, longtime professor at the New England Conservatory and curator of Boston’s Old West Church Organ Series. It’s also the first recording to be made of Richards, Fowkes & Co.’s Opus 16 instrument, built in 2008 for Goodson Chapel of the Duke Divinity School in Durham, North Carolina. END_OF_DOCUMENT_TOKEN_TO_BE_REPLACED

END_OF_DOCUMENT_TOKEN_TO_BE_REPLACED

Hailed by the New York Times as “The Best Classical Music Ensemble of 2018,” Wet Ink Ensemble has lived up to this acclaim once again with their recent release Glossolalia/Lines on Black. The album takes its name from the two extended works by Wet Ink members Alex Mincek (saxophone) and Sam Pluta (electronics). The remainder of the septet includes Eric Wubbels (piano), Erin Lesser (flutes), Ian Antonio (percussion), Josh Modney (violin), and Kate Soper (voice). END_OF_DOCUMENT_TOKEN_TO_BE_REPLACED

Croatian-born pianist Martina Filjak, now living in Berlin, has released her latest album, Light and Darkness, featuring music by Franz Liszt — plus an epilogue by Arvo Pärt. The disc confirms once again all the special technical and interpretive qualities that won her the gold medal at the Cleveland International Piano Competition in 2009. END_OF_DOCUMENT_TOKEN_TO_BE_REPLACED