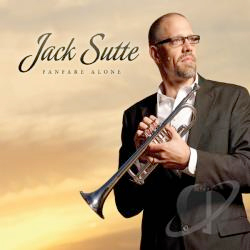 Cleveland Orchestra second trumpet Jack Sutte has been busy recently compiling a second CD, Fanfare Alone. This time Sutte appears all by himself — but in the company of a sizeable cast of Schilke brass instruments. Recorded last May in Gamble Auditorium at Baldwin Wallace University by Five-Four Production’s Robert Friedrich, the eighty-three minute, two-disc set features twenty-eight tracks of music for solo trumpet, cornet and flugelhorn comprising pieces by twenty individuals. END_OF_DOCUMENT_TOKEN_TO_BE_REPLACED

Conductor Stefan Willich, President of the Hanns Eisler Music Conservatory in Berlin and the Founder and Conductor of the World Doctors Orchestra, led CityMusic Cleveland in an entertaining program entitled Music from the Viennese Waltz Kings at Fairmount Presbyterian Church on Wednesday, December 4.

The first of five consecutive concerts performed in Cleveland area churches, it opened the second series of the orchestra’s 10th anniversary season, and featured soloists Stacey Mastrian, soprano and Jack Sutte, trumpet. Mastrian is the 2013 winner of the Resphi prize and is a versatile artist whose repertoire spans from the Renaissance to the present. Sutte joined The Cleveland Orchestra as second trumpet in 1999, having previously played principal trumpet in the Bergen Philharmonic Orchestra, Norway.

The Overture to Die Fledermaus (The Bat) by Johann Strauss, II is one of the most familiar and beloved of curtain-openers. END_OF_DOCUMENT_TOKEN_TO_BE_REPLACED

END_OF_DOCUMENT_TOKEN_TO_BE_REPLACED

What was that strange din coming over the live feed from Ludwig Recital Hall on Friday evening, July 23, as the Miami String Quartet filed onstage to play the third faculty recital of the Kent Blossom Music Festival? Accustomed as we were during the pandemic ban on live audiences to hearing the sound of no hands clapping, it was both startling and thrilling to witness a large crowd putting their hands together to welcome one of the Festival’s perennial favorites back for an in-person performance. END_OF_DOCUMENT_TOKEN_TO_BE_REPLACED

Practical reasons aside, there aren’t many ensembles who can put together an all-Mozart evening as elegantly as The Cleveland Orchestra. END_OF_DOCUMENT_TOKEN_TO_BE_REPLACED